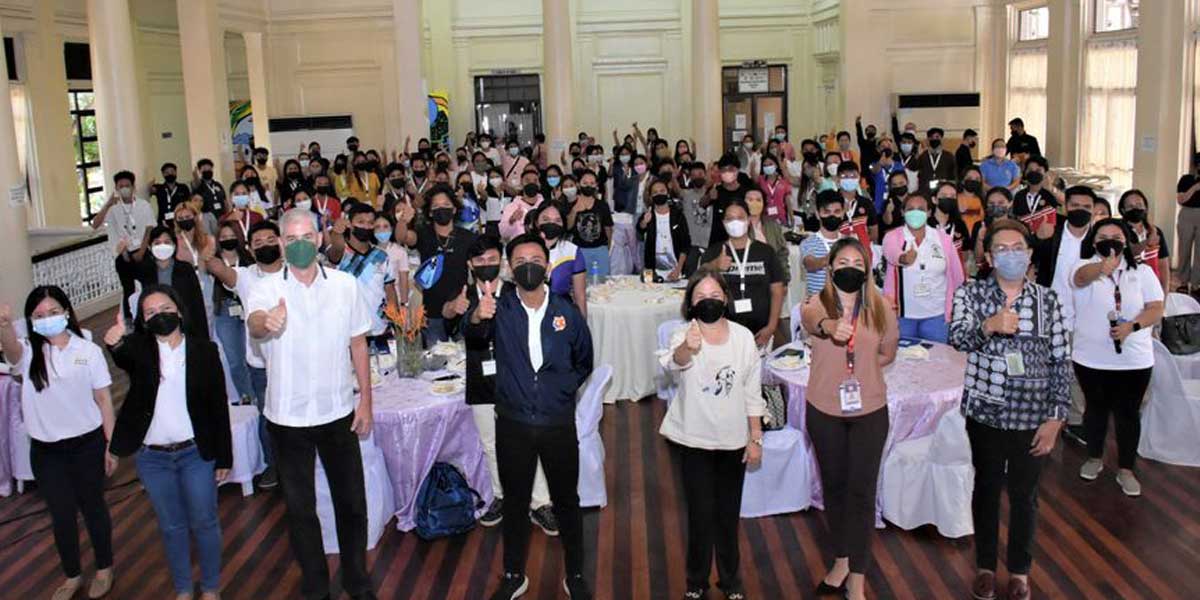 The Negros Occidental Sangguniang Kabataan (SK) Federation led by its president, Pocholo Yuvienco, spearheaded the Mandatory Training for SK Appointed Officials of Negros Occidental, held at the Capitol Social Hall in Bacolod City on May 24, 2022.

The activity aims to strengthen and empower the SK as a useful conduit in community development, emphasize the role of youth in nation-building, mold SK officials to become better citizens, and encourage the involvement of youth in public and civic affairs, through the establishment of effective, responsive, and enabling mechanisms.

The event was also attended by Liga ng mga Barangay president, Board Member Juvy Pepello, and Ma. Fatima Daiz of the Department of Interior and Local Government (DILG)-Negros Occidental, among others.

The participants had a workshop and sessions on Decentralization and Local Governance, SK History and its Salient Features, Meetings and Resolutions, Planning and Budgeting, and Code of Conduct and Ethical Standards for Public Officials and Employees.

Gov. Lacson said that the SK are the future leaders of the country and must be given adequate guidance and support so that their potential can be strengthened, focused, and realized as key contributors in nation building and rebuilding.

The governor also urged the SK to be resilient and disprove the label of “snowflake generation”.

“As the father of this province, I want to make sure that your generation will be made more capable, more knowledgeable, and empowered to carve the future not just for yourself but for all Negrense generation next,” he said.

December 9, 2022 0
Ripple Labs is a company focusing on easy and cheap payments all around the world and is used by financial establishments, businesses and banks....

Hidilyn Diaz lifts her way to a golden hat trick in...