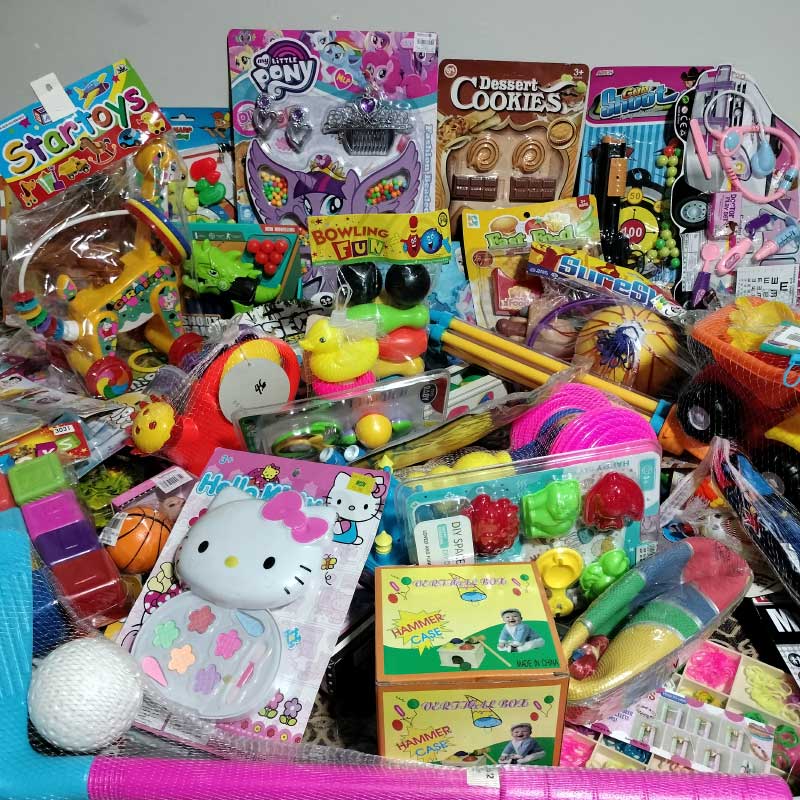 Nine years after it was approved and three years following the stalled issuance of its Implementing Rules and Regulations (IRR), the enforcement of Republic Act 10620, or the Toy and Game Safety Labeling Act, is still wanting.

“Industry compliance to the mandatory toy labeling information as specified under RA 10620 and its IRR has not significantly progressed,” observed Aileen Lucero, National Coordinator, EcoWaste Coalition.  “As a result, consumers are not given the necessary facts that can help them in making an informed choice on which toys to purchase or avoid.”

The EcoWaste Coalition, a long-time advocate for children’s right to safe and non-toxic toys, made this critical observation after examining the labels of assorted toys, which it procured in November-December 2022 from various retail stores located in Makati, Manila, Pasay, and Quezon Cities.

Of the 67 mixed toys purchased, only one product contained the mandatory labeling requirements as reiterated in the Food and Drug Administration (FDA) Advisory No. 2020-2022, including the FDA-issued license to operate (LTO) number; age grading; cautionary statements or warnings; instructional literature; manufacturer’s markings with complete name and address of the local company; and item model or Stock Keeping Unit (SKU) number, which must be indicated on the package, container, wrapper or protective covering of toys.

Of these 67 toys, 47 had no LTO number; 19 did not specify any age recommendation; 19 provided no cautionary statements or warnings; 57 gave no usage instructions; 54 lacked manufacturer’s and local distributor’s markings; and 35 had no item model or SKU number.

“Toys that do not conform with the labeling and packaging requirements, as well as the safety labeling statements, are considered ‘misbranded’ or ‘hazardous banned substance’ as per RA 10620 that must be withdrawn from the market,” Lucero pointed out.

Aside from the inadequate labeling information, the EcoWaste Coalition drew consumer attention to potential chemical hazards in certain toys such as 1) the presence of antimony and bromine in some toy guns and Rubik’s cube-like toys, which may indicate the use of recycled plastic from e-waste, 2) the polyvinyl chloride (PVC) plastic material used in soft plastic toys, which may be laden with toxic plasticizers, and 3) the unsecured button cell batteries in some toys, which could be easily removed and get ingested by a curious child.

The EcoWaste Coalition also expressed concern about the environmental impact of the mostly plastic toys being sold in the market, noting that 62 of the 67 toys purchased by the group are made of plastic materials.

“What are the environmental effects of producing these plastic toys, which are petrochemical products, and what happens to them at the end of their useful life?  How much of these toys get recycled, landfilled or incinerated?  With the avalanche of plastic toys in the market, there is a pressing need to understand the impact of plastic toys and their chemical components on human health and the environment,” the EcoWaste Coalition said.