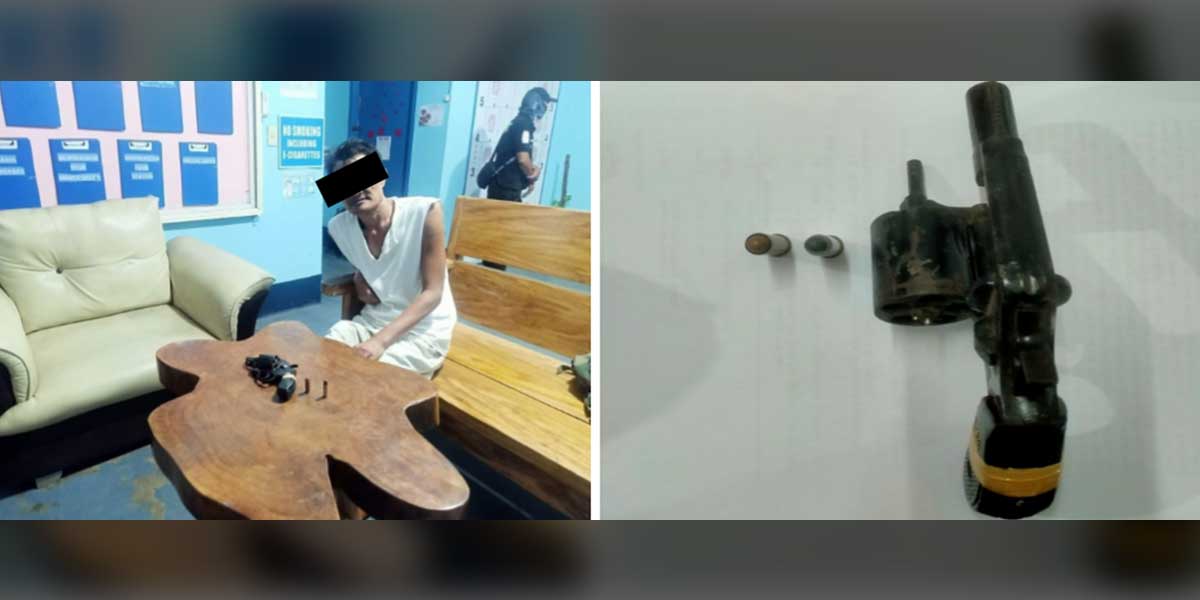 A 46-year old-man was arrested for illegal possession of  firearm and violation of the Commission on Elections (COMELEC) Resolution 10728  in Hacienda Panaogao 1, Barangay  4, Silay City, Negros Occidental at around 9:23 p.m. of Feb 28, 2022.

The suspect was identified as Marlon Jimena, of Hacienda Panaogao 1, Brgy. 4, Silay City.

The firearm and ammunition were confiscated while Jimena is presently detained at Silay CCPS.