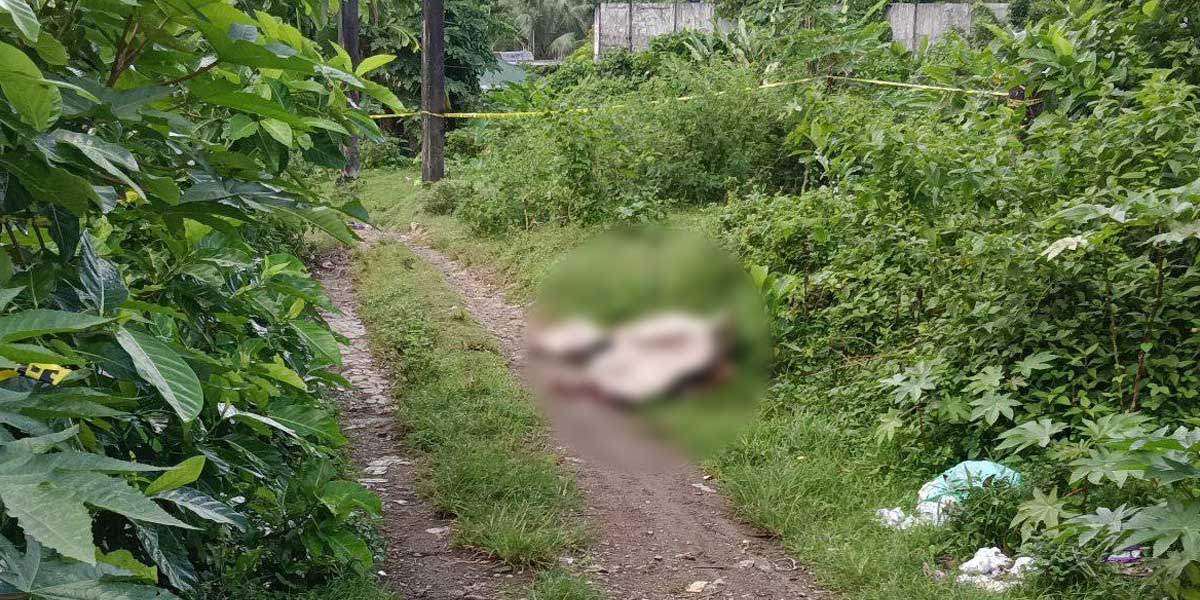 A 23-year-old man was found dead with gunshot injuries in Estancia, Iloilo early morning of September 24.

Billy Boy Burias was found bathed in a pool of his own blood on the roadside at Barangay Bayuyan, where he also resided.

Lieutenant Joebert Amado, Estancia police chief, said the victim was lying on his back when found around 6:20 a.m. Saturday.

He suffered a lacerated wound on the left side of his face and two gunshot injuries on his back.

Two beer bottles, one shattered in pieces, were found near his body.

He was allegedly crossing the road while holding empty beer bottles. It was surmised that he was about to buy liquor.

His body was found 50 meters away from the area where he was last seen alive.

According to his live-in partner, Jean, she couldn’t think of any enemy that wanted Burias dead.

On Thursday, the couple brought their 2- and 3-year-old children to Jean’s mother at Barangay Gogo, Estancia.

By Friday, the victim told Jean that he will report for work.

But the victim failed to come home the evening of the same day.

Jean told police investigators that she made several calls around 1 a.m. on Saturday.

On her sixth call attempt, the victim answered her call.

Jean confronted Burias about his hair failure to go home. This led to an argument until the victim hung up the phone.

She sent text messages and called up again until someone answered her call and told her to fetch her husband at a bakery near the church.

Given that it was already early morning, she didn’t go out of the house.

She was informed hours later that Burias was found dead.

Meanwhile, Amado said they already have a person of interest behind the incident.

He claimed that killing Burias might have been unplanned.

“Maybe, he messed with someone while under the influence of liquor,” Amado said.

Burias allegedly was reportedly fond of going into arguments when drunk.