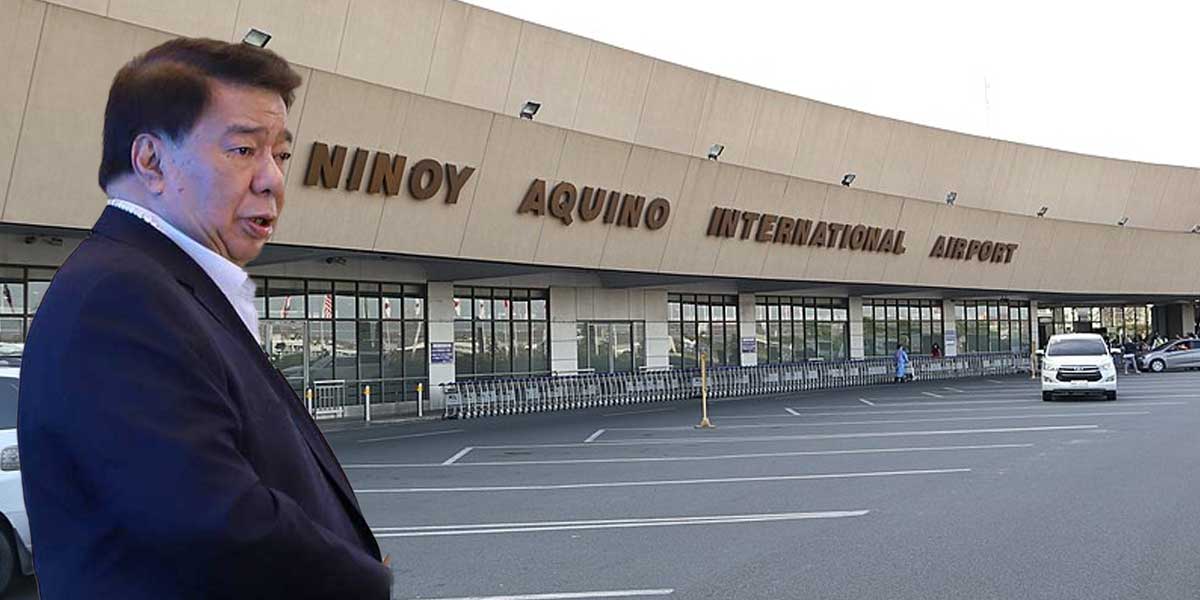 According to the Ilonggo Senator, the incoming 19th Congress has more urgent things to do particularly in addressing problems in the surging oil prices.

“I would like to believe that the incoming 19th Congress has more urgent things to do than to rename an airport, such as how to arrest inflation and address the surging oil prices,” he said in a statement.

Drilon added that addressing such problems should be the main priority of the new administration and the 19th Congress along with reviving the economy and addressing inflation and not renaming NAIA.

“This obvious attempt for ingratiation is actually a disfavor to President Marcos Jr. It will not augur well with the call for unity of the Marcos administration. Leave NAIA alone,” he said.

The former senator who was the previous Minority Leader added that the proposal of renaming NAIA can be viewed as political and divisive.

“There is no compelling reason to change the name of NAIA. Any proposal to rename NAIA will always be seen as political and divisive,” he added.

As for his basis, he said that the project was done during the time of the presidency of Ferdinand Marcos Sr. Hence, it is more appropriate to rename it to the person who has contributed to the idea and execution of the said noble project.

“It is more appropriate to bear the name that has contributed and legacy (sic) in our country to make the Philippines a center of international and domestic air travel, who has instituted and built or conceptualized the project in making pride (sic) of our country,” he added.

However, NAIA which was previously known as the Manila International Airport (MIA) was not built during the Marcos regime.

Based on the official website of the Manila International Airport Authority (MIAA), it was originally a US Air Force base until 1948.

The international runway and associated taxiway were only built in 1953 and 1961.

On August 17, 1987, Republic Act No. 6639 was enacted and the MIA was renamed the Ninoy Aquino International Airport. (DG)