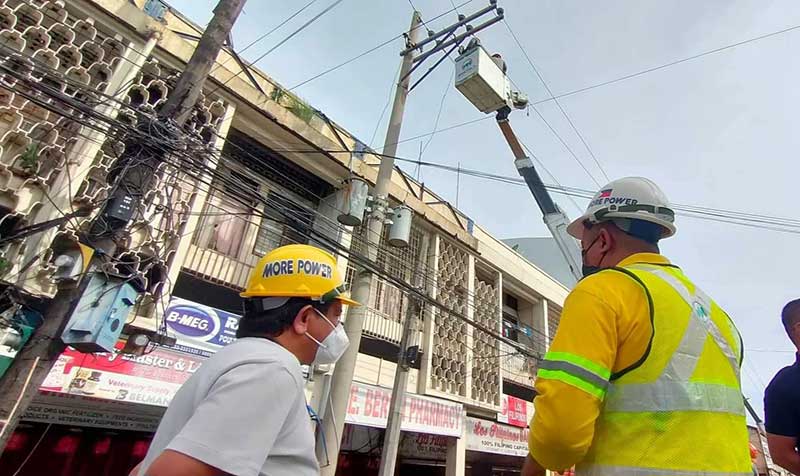 “We all feel the improved services of MORE Power.”

This was the assessment of Iloilo City Mayor Jerry P. Treñas amid a small increase in the power rate of More Electric and Power Corporation (MORE Power).

MORE Power implemented this month the 47 centavos per kilowatt-hour (kWh) increase on the distribution charge after the Energy Regulatory Commission (ERC) approved the firm’s provisional authority to recover its P1-billion emergency Capital Expenditures on the rehabilitation of the decrepit facilities they inherited from the previous distribution utility.

Also, prices of electricity sourced from the Wholesale Electricity Spot Market increased due to the high cost of fuel and coal in the world market.

According to Treñas, even the prices of other utility services and commodities are increasing nowadays because of global economic reasons.

But the city mayor is looking forward that the city’s sole power distributor will continue to source power from generators with lower rates.

“Everything seems to be going up these days. I hope MORE continues to source power from generators with low costs,” he said.

MORE Power remains to have the lowest power rate in the country as its current average rate is just around P8 per kWh.

As far as moving the development of this southern city forward, Treñas acknowledged the contribution of the power sector particularly MORE Power since the start of its operation.

Treñas said the lower rates coupled with the efficient services of the power utility in the city is one of the things that helped Iloilo City attract investors such as Business Processing Outsourcing (BPO) firms and real estate companies.

He has also described MORE Power as not just an electric company in Iloilo City but a reliable partner of the city government for the development of the city.

Meanwhile, consumer group Koalisyon Bantay Kuryente said the minimal increase is quite reasonable given the efficiency and improvement MORE Power has delivered in its services.

“With continued improvements on the services of MORE Power, the frequencies of brownouts were significantly reduced. Hence, the 47 centavos increase from its current rate is quite reasonable,” said Halley Alcarde, president of Koalisyon Bantay Kuryente at the same time General Manager of Western Visayas Transport Cooperative.

Another consumer group, Grupo Consumidor, also understands the need for MORE Power to increase its rate, citing the latter’s already delivered and further improvements in its services.

“Considering the need to improve existing facilities in the light of the current global crisis, we at Grupo Konsumidor are of the view that a rate increase of 47 centavos per kWh by More Power is deemed reasonable under the circumstances,” said Atty. Eldrid Antiquiera, president of Grupo Konsumidor.