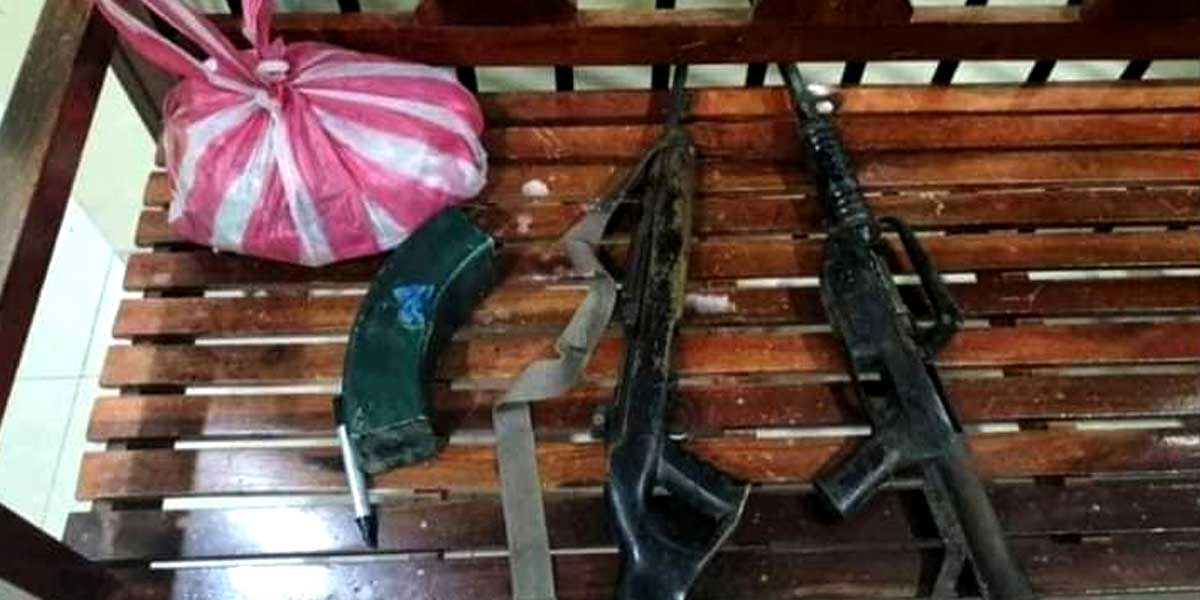 A suspected member of the New People’s Army (NPA) was arrested in a joint police and military operation afternoon of May 9, 2022 in Leon, Iloilo.

Police collared Victoria Tumabiao at their house in Jamog-Gines, Leon during an anti-illegal firearm raid.

Police and military operatives served Search Warrant No. 01-2022 for violation of 10591 (Comprehensive Firearms and Ammunition Regulation Act) against the couple.

But Ricky Tumabiao eluded the authorities.

Recovered during the operation were a carbine rifle with one magazine and 14 ammunitions, a homemade shotgun with three ammunitions, a C-type improvised explosive device, and propaganda materials.

The IPPO claimed that they received and validated a series of intelligence reports that the couple allegedly kept firearms and were active supporters of the NPA.