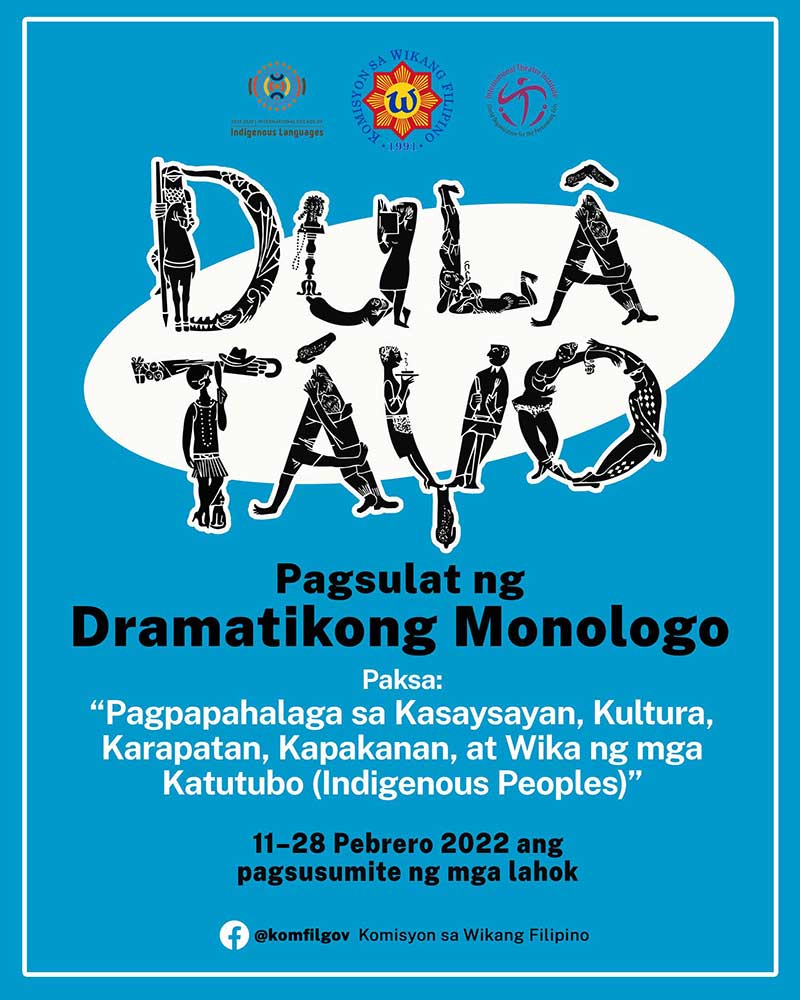 Dula Tayo: Pagsulat ng Dramatikong Monologo is a KWF-sponsored online contest for the month of Literature in cooperation with  the UNESCO International Decade of Indigenous Languages (IDIL) 2022–2032, as well as the Manila SDGs ResiliArt EarthSaving Event (under UNESCO patronage) organized by the International Theater Institute (ITI) -Philippines Center.

The competition is open to all Filipinos above the age of 18, regardless of gender, as long as they are not KWF employees or family members.

To be able to compete, participants must submit entries written in Filipino. It must be their original work that has not previously been awarded or submitted to any other contest or publication. It should also not yet be published or translated into another language.

Furthermore, the submitted entry must not be more than 20 pages long and, if presented, must not last more than 20 minutes. Each person is only allowed one entry.

Applicants have until February 28 to submit their entries for a chance to win one of three prizes: first prize: PHP15,000 pesos, second prize: PHP13,000 pesos, and third prize: PHP10,000 pesos.

The winners’ names will be announced in April on the KWF official Facebook page.

KFW warned everyone that anyone caught plagiarizing will be penalized. The rewards for the entry will be revoked, and they will be barred from participating in any future KWF contests.

For more details and clarifications, interested participants can send an email to kwf.tuladula2022@gmail.com.