Residents from the remote area in Barangay Igcabugao Igbaras, Iloilo are now assured of safe travels especially during the rainy season as the local government of Igbaras already completed the construction of a hanging bridge in the said area.

Igbaras Mayor Vicente Escorpion Jr. said that the project has been a long-time dream for the people in Brgy. Igcabugao “as the way there is really difficult especially when it is raining.”

LGU Igbaras also said that with the opening of the hanging bridge, the residents of Barangay Igcabugao and other neighboring barangays such as Indaluyon, Passi, Cale, and Pinaopaoan can now safely cross the Igbolo river regardless of the weather.

The P2.7-million, 35-meter hanging bridge was funded by the Iloilo Provincial Government.

Iloilo Governor Arthur Defensor Jr. joined the inauguration of the hanging bridge together with Escorpion and was witnessed by the municipal officials, barangay Igcabugao officials, and the residents on Thursday, Sept 8, 2022. 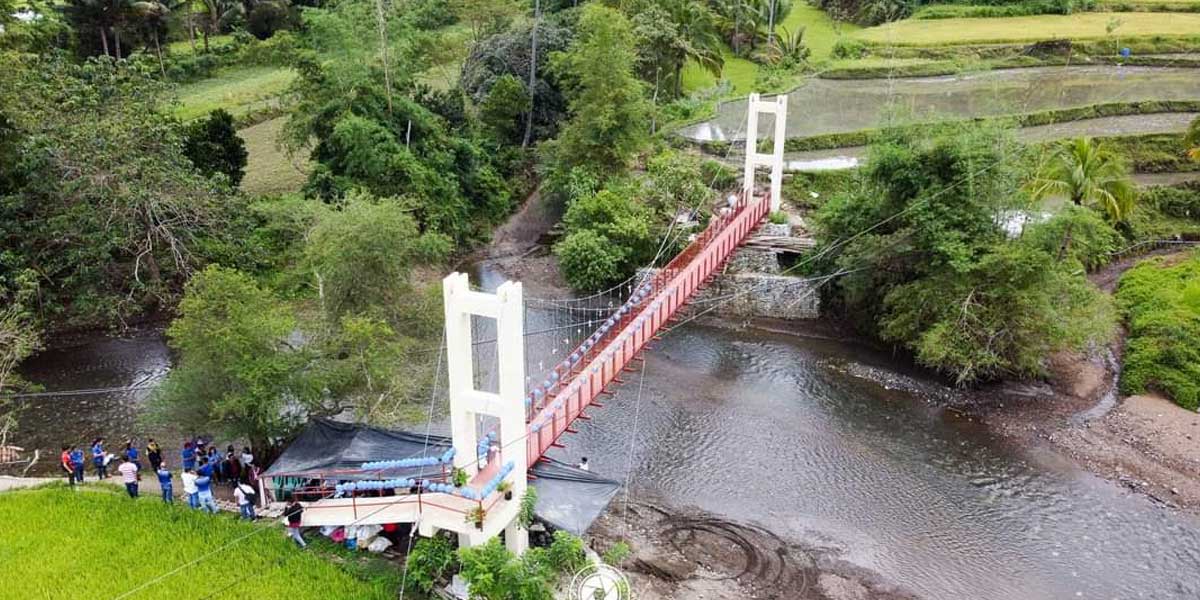 The residents were also all smiles during the inauguration as the bridge didn’t just contribute to their safety, but will boost the eco-tourism industry of the town as well.

(There will be an increase in tourists visiting Igcabugao because it will not already be that difficult for them to go to the eco-tourism destinations since there is already a hanging bridge.)

Another resident also said that with the hanging bridge being open and passable already, they can now easily deliver and sell their crops in the public markets.

Defensor also said that it is needed to help improve the facilities and the connectivity for the residents and the tourists, as well “because if we can level up the other facilities, then it is better for the town of Igbaras.”

“We provide the fundamentals… from national roads, provincial roads, and bridges that will connect to the tourist destinations. Let’s help them with the water sources so that we can help the residents and the private sector also in the tourism industry,” Defensor added.

Brgy. Igcabugao in Igbaras, Iloilo is well-known for its eco-tourism destinations like mountains and waterfalls as most local tourists visit the sites every weekend.