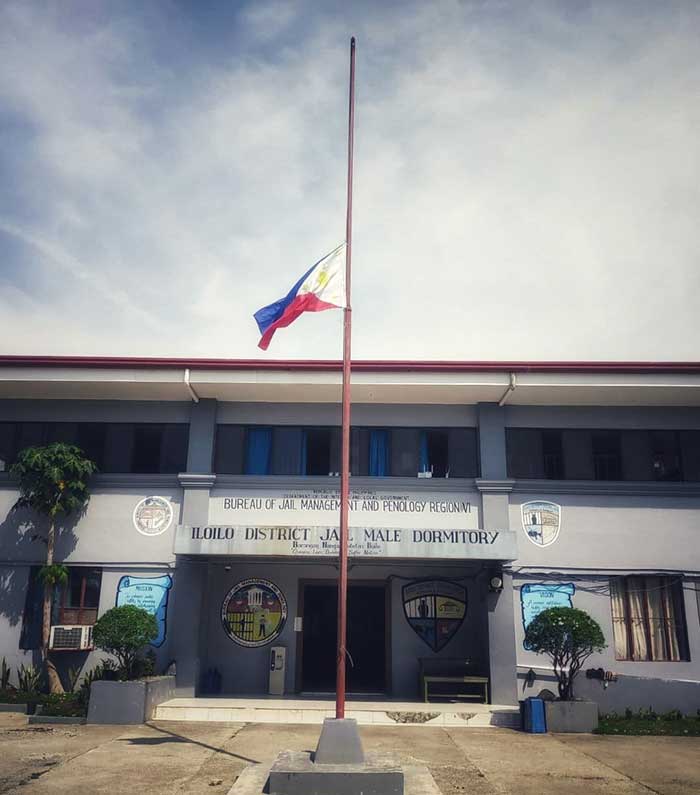 An inmate has died after he was repeatedly stabbed by a fellow inmate at the Iloilo District Jail at Barangay Nanga, Pototan, Iloilo early morning of Oct 7, 2022.

Based on BJMP’s initial investigation, Ganancial sneaked into the victim’s cell and immediately stabbed the latter.

Initial reports claimed that Gemio sustained around 11 injuries, including defense wounds. The most fatal one was on his chest.

He was rushed to Iloilo Provincial Hospital in Pototan town but was declared dead on arrival.

Gemio had been in jail for charges of violation of Republic Act 10591 (Comprehensive Firearms and Ammunition Act) while Ganancial was accused of murder.

Sources said personal grudges could have triggered the killing.

Gemio is the leader of Cell No. 8 while Ganancial is the inmates’ head at Cell No. 2.

It was theorized that the two might have had some misunderstandings after Gemio did not participate in the August 24, 2022 noise barrage staged by around 100 IDJ inmates.

The local police said they were only informed of the incident around 11:00 a.m. after an IDJ personnel reported the stabbing episode.

Police recovered a knife at the crime scene.

Dogelio said they’re still investigating how the suspect got hold of the knife.

Investigation will also be conducted to determine possible lapses of BJMP personnel.