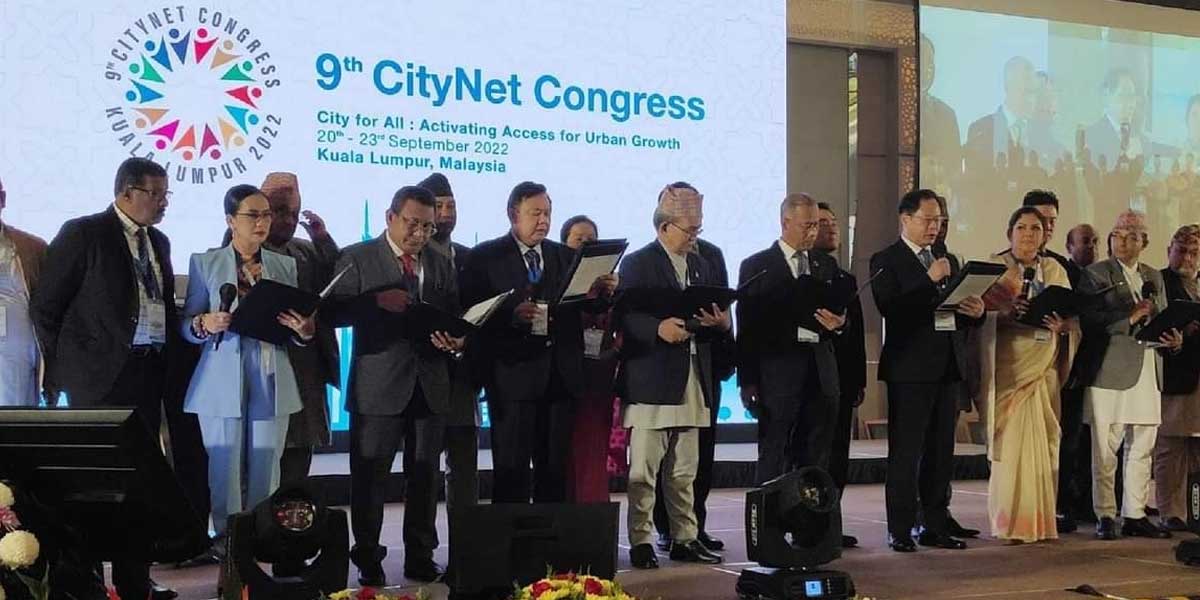 Iloilo City has been elected to the Executive Board of CityNet during its congress conducted in Kuala Lumpur, Malaysia.

The information was confirmed by Iloilo City Mayor Jerry Treñas who represented the city in the said event as he is hoping that this will give honor and pride to every Ilonggo.

“I am happy to announce that Iloilo City was elected number two member of the Executive Board for CityNet for the period of four years,” Treñas said.

The mayor also shared that during the congress, he met with various delegates and exchanged thoughts and initiatives for the welfare of the people.

He was also given a chance to talk about the city’s efforts to answer the needs of the community and was able to share “the dreams of every Ilonggo towards progress and our ongoing efforts for sustainable development.”

The city government also believed that the event was a good avenue to highlight the city’s projects and other accomplishments that contributed to the ongoing progress of the city.

Treñas is also hopeful that the inclusion of Iloilo City will become a good opportunity for the city government to invite the leaders of other Asian cities to visit Iloilo City.

“This will ensure that the voice of Iloilo City will be heard in the biggest Asia-Pacific organization of cities,” the mayor added.

The event also enables cities, local governments, development authorities, and partners from various countries to collaborate closely in order to strategize better services for its people in accordance with having an ecologically sustainable, economically productive, and globally connected city throughout various Asian countries.

Iloilo City was earlier nominated to the Executive Board among other cities all over the Asia-Pacific region.

CityNet is the largest association of urban stakeholders committed to sustainable development in the Asia-Pacific region.

It was established in 1987 with the support of the United Nations Economic and Social Commission for Asia and the Pacific, United Nations Development Programme and United Nations-Habitat, and has grown to include over 173 municipalities, non-government organizations, private companies, and research centers.