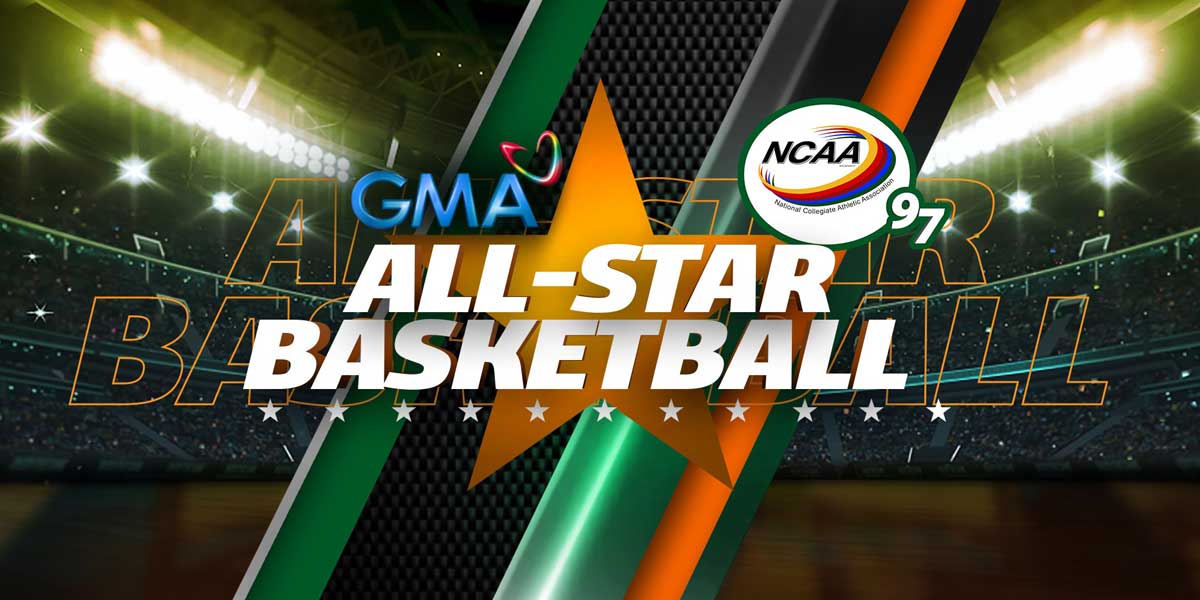 GMA Network and the National Collegiate Athletic Association (NCAA) bring some of the country’s hottest celebrities and student-athletes together in the exciting court action “GMA NCAA All-Star Basketball Game” happening this Sunday (June 5), 3PM at the FilOil Flying V Center and simulcast on GTV.

It’s the collision basketball fans should not miss as student-athletes from the ten-member schools of NCAA and Kapuso artists try to battle it out on court to determine who will prevail between Team Heroes and Team Saints.

Expect hard court action and fun games with the special participation of other surprise guests. Viewers should also catch the performances from Hannah Precillas, Jessica Villarubin, and Mariane Osabel, and Zephanie Dimaranan.

“We would like to invite everyone to watch our postseason exhibition game this Sunday, June 5, and root for Team Saints and Team Heroes,” said NCAA Season 97 Management Committee Chairman Manuel Raymund Castellano, Jr. of De La Salle-College of St. Benilde. “Our student-athletes are excited to play with their fellow varsity players from other schools. Add to this is the presence of their Kapuso celebrity idols so expect a very intense yet fun game this Sunday. We would like to thank GMA Network for making this possible and to our guest artists for taking the time out from their busy schedule,” he added.

“The success of the NCAA Season 97 Men’s Basketball tournament will not be possible without the support of all the NCAA fans and Kapuso viewers. Allow us to thank you through this special treat – the ‘GMA NCAA All-Star Basketball Game’ – featuring some of the league’s best players going up against our favorite Kapuso artists,” said GMA Regional TV and Synergy First Vice President and Head Oliver Victor Amoroso. “While this is a friendly competition, expect an intense basketball battle like no other as the Saints and Heroes are out to prove who are kings on the court.”

Tickets are available via www.ticketmax.ph.

Kai Sotto set for Japan B. League debut after signing with Hiroshima