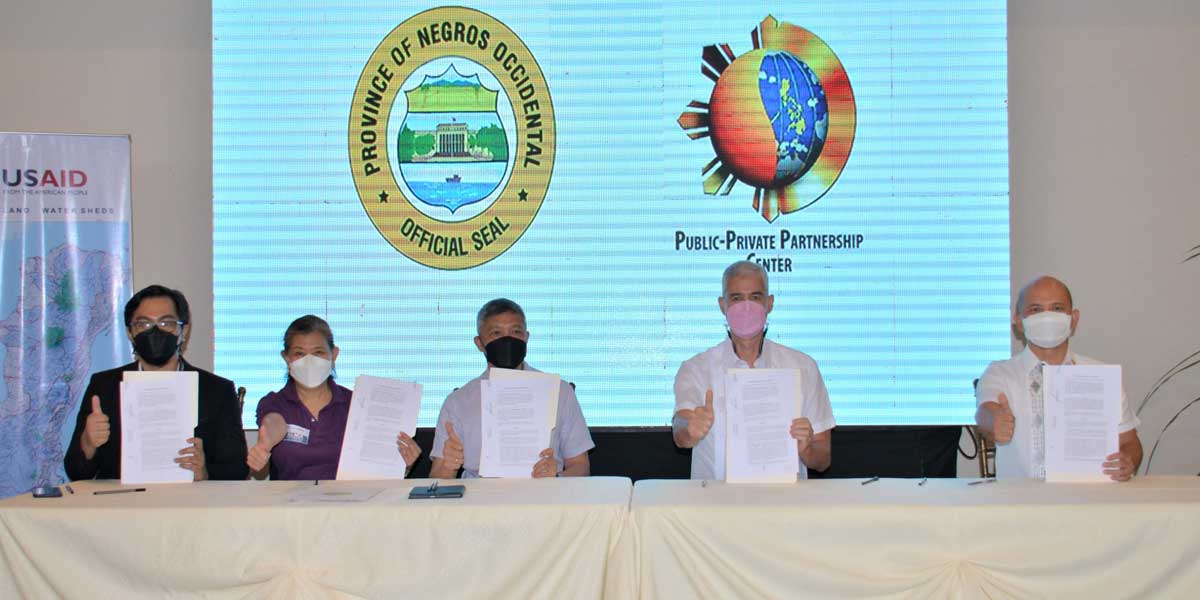 BACOLOD City – Negros Occidnetal Gov. Eugenio Jose Lacson led the signing of the Pledge to Act for a Water Secure Future, together with mayors and other stakeholders, during the Negros Occidental Provincial Water Summit held at Nature’s Village Resort in Talisay City last week.

Since the inaugural Negros Occ. Provincial Water Summit in 2020, the province and USAID, through its safe water project has launched the Provincial Integrated Water Security Program with the aim to leverage respective expertise, technologies, and resources to achieve water security.

The Provincial Government of Negros Occidental and USAID collaborated in developing the Provincial Integrated Water Security Plan (PIWSP), which will implement and finance measures to support water security in the province and its cities and municipalities.

The PIWSP will serve as the roadmap for cities and municipalities of province and will provide coherence in their respective policies, plans and investment programs.

Gov. Lacson said that COVID-19 is modern history’s biggest global health crisis, and now is the time for the entire humanity to consider that water crisis is also health crisis, that impacts not just the environment and human health, but also socio-economic development – hunger, poverty, and even conflicts.

“At the home front, the water security of Negros Occidental is at a critical point due to our rapid population growth, urbanization, and water demand of agriculture, and such is further aggravated by water pollution, water borne diseases, and destruction of watersheds,” he said.

He also said that as the water summit aims to be a venue for the deliberation of strategies and innovations, everyone must accept that the task is now beyond the recovery and the conservation of the ecosytem, and has escalated to reversing the trend of destruction that has been prevalent for years.