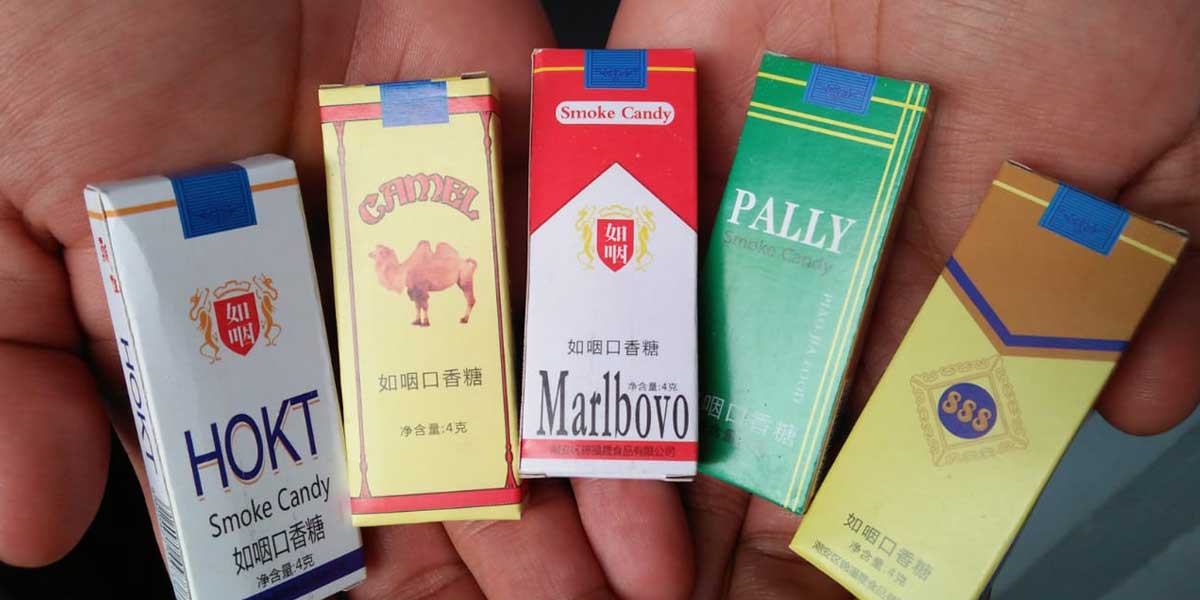 Civil society groups today denounced the unethical sale of candy products mimicking the appearance of a cigarette stick, as well as the names and packaging of cigarette brands, which subliminally encourage young children to smoke.

Through a joint press statement, the Action on Smoking and Health Philippines (ASH Philippines) and the EcoWaste Coalition deplored the sale of cheap cigarette-looking candies that may result in young children becoming curious enough to try the real tobacco products.  Down the line getting them hooked on a highly addictive product as they grow to adulthood.

“Candy cigarettes desensitize children to the dangers of smoking, falsely instilling in their impressionable minds that smoking is like any normal activity desired by adults, or worse, that it is not as harmful as what’s been depicted in graphic health warnings printed on the packs.  Such a subliminal promotion of tobacco use entices children to try smoking and must be stopped to save our children from cigarette addiction later in life,” stated Dr. Maricar Limpin, Executive Director, ASH Philippines.  Limpin, a pulmonologist, is also the President of the Philippine College of Physicians. 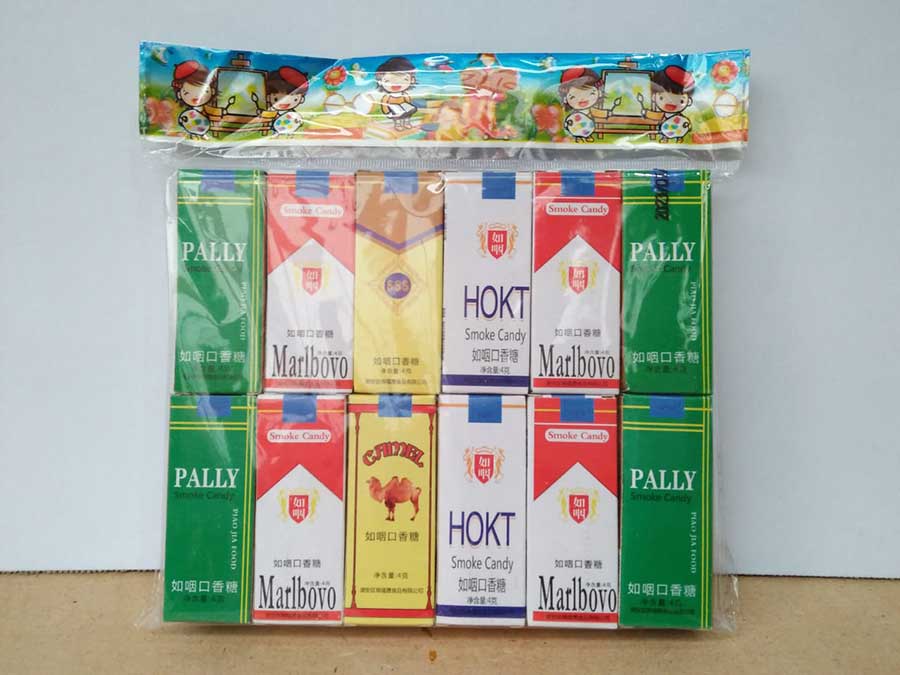 “Packaging candies as a proxy to cigarettes is a cheap and irresponsible marketing gimmick that goes against the nation’s effort to curb tobacco addiction and create a tobacco-free generation,” said Thony Dizon, Chemical Safety Campaigner, EcoWaste Coalition.  “Cigarette candies mask the stigma associated with acquiring diseases and deaths caused by tobacco use.”

Together, the groups pushed for speedy action to stop the misrepresentation of cigarettes as a “kid-friendly” food product.

Also known as “smoke candy,” or “candy cigarettes” are sold for P21 per package consisting of 24 small packs.  Each pack contains a pair of white candy sticks with colored tips resembling a cigarette filter.  The packs bear the names of 888, Camel, Hokt, Marlbovo and Pally, and another which goes by the name Marvelous is sold for P10 per pack.

The package provides no labeling information about the product manufacturer or distributor.  Interestingly, the cigarette packs contain text in Chinese characters.  The product is not registered with the Food and Drug Administration (FDA), and were found being sold at Divisoria Mall, Mega Q Mart and from some sidewalk vendors, according to the groups.

In 2005, the Philippines ratified the WHO Framework Convention on Tobacco Control (FCTC), a global treaty meant to curb the tobacco epidemic, and has since become part of our domestic law.  Under Article 16, approaches to prevent youth access to tobacco include “prohibiting the manufacture and sale of sweets, snacks, toys or any other objects in the form of tobacco products which appeal to minors”. 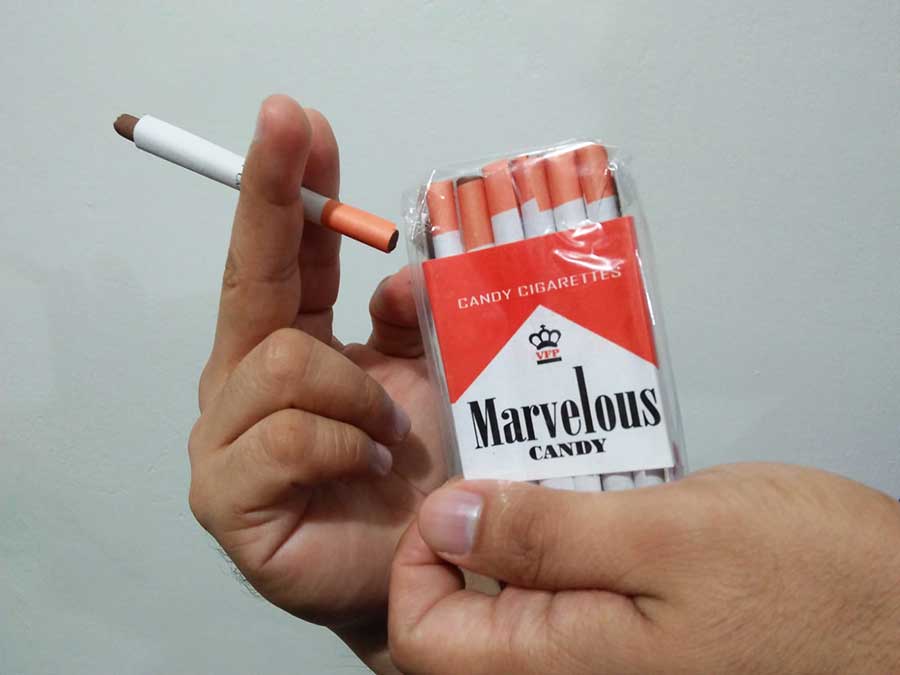 ASH Philippines and EcoWaste Coalition are appealing to the FDA and local government authorities to keep this in check and enforce available laws to counter the proliferation of these smoke candies or candy cigarettes.

Some key facts on tobacco according to the World Health Organization (WHO):

—Tobacco kills up to half of its users.

—Tobacco kills more than 8 million people each year. More than 7 million of those deaths are the result of direct tobacco use while around 1.2 million are the result of non-smokers being exposed to second-hand smoke.

—Over 80% of the world’s 1.3 billion tobacco users live in low- and middle-income countries.

In the Philippines, according to the Department of Science and Technology – Food and Nutrition Research Institute (DOST-FNRI), current tobacco use among adolescents (age 10-19) stood at 4% in 2018.  Where tobacco advertisement is not yet fully prohibited at point-of-sale, and seeing tobacco and smoking from household members and peers, within establishments, public places and media, the presence and easy access to these cheap candy cigarettes will only add to the constant bombardment of stimuli that can lure the young further into the smoking lifestyle.

WHO holds an inaugural meeting of the new Youth Council