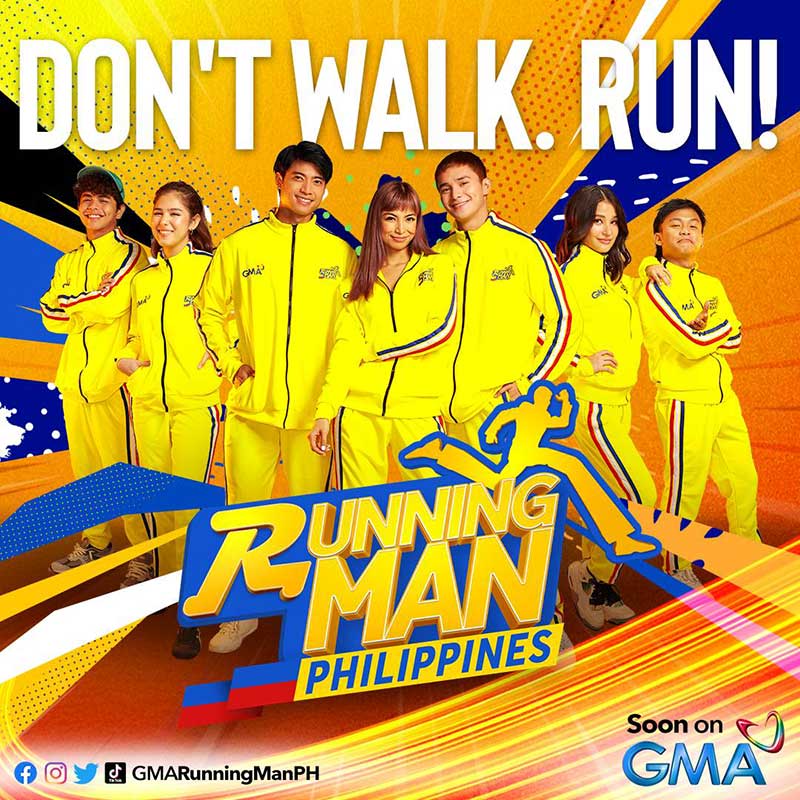 Get ready for 2022’s biggest reality game show as GMA Network brings forth one of South Korea’s most popular variety programs with ‘Running Man PH.’

The seven Kapuso stars together with the production team are now in South Korea to shoot the entire season at the exact location of the original series. It will follow the original format where weekly missions are carried out in various landmarks.

Mikael shares his excitement to shoot all the episodes in South Korea, “Alam niyo naman ako sobrang hilig ko mag-travel, so sobrang na-excite ako na magtrabaho outside the Philippines after so many things have happened to us in the world.”

Angel assures that despite her calm personality, she will give her best and be driven in the show, “Excited na kami sa missions at excited ako sa magiging bonding ng cast and we’ll prove that we deserve to be here.”

Back in February 2020, GMA Entertainment Group inked a co-production deal with SBS Korea for the local version of the game show. This is a milestone project for the Kapuso Network since this is the first time for one of South Korea’s biggest networks to collaborate with a Philippine TV network.

Running Man is one of South Korea’s most popular variety shows, featuring well-loved top Korean stars as cast members and special guests like Jackie Chan, Tom Cruise, and Henry Cavill competing in fun challenges, games, and races in different locations. After being on-air for almost a decade, the show has gained legions of fans not just across Asia, but all over the world as well.

The popularity and longevity of Running Man are attributed to its ability to make viewers laugh and the natural chemistry of its cast members. The missions are designed to be unpredictable, engaging, and hilarious—making the program highly entertaining to watch.

Catch Running Man PH soon on GMA. Viewers abroad can also catch it on GMA Pinoy TV. For the latest news and updates on the Kapuso Network, visit www.gmanetwork.com.