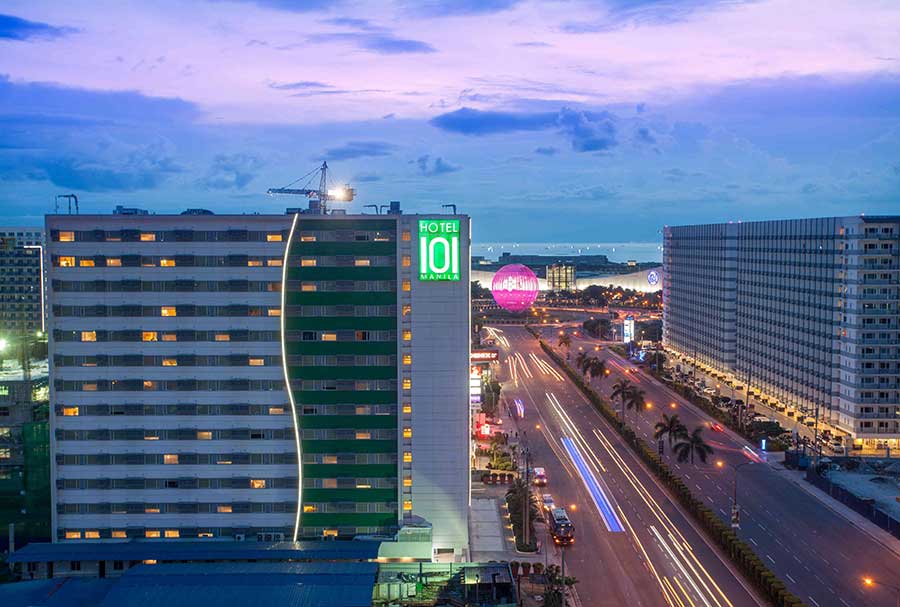 The change and update of its primary and secondary activities now allows it to conduct acquisition, investment and development of real estate properties and ventures, as well as conduct real estate sales, marketing, operations and management of the Group’s projects outside the Philippines.

A step forward towards DoubleDragon’s aspiration to export the Hotel 101 brand and concept globally. The expansion may be directly by Hotel 101 Worldwide or through partnerships and joint ventures with other property developers in other countries.

Given this development and the latest easing of restrictions of the Covid19 pandemic, DoubleDragon expects to acquire its first property for development in Asia by the second quarter of 2022, and launch by the second half of 2022.

DoubleDragon has shortlisted sites where Hotel 101 is expected to be patronized by local and foreign tourists as well as Filipinos who visit that country for business or leisure.

The first Hotel 101 project outside the Philippines is also expected to give Filipino investors a chance to make their first offshore real estate investment with affordable payment terms for their hybrid condotel Hotel 101 investment.

The concept patent of Hotel 101’s pioneering condotel concept has already been filed. The Hotel 101 trademark and domains have been secured in various countries of the world.

The Hotel 101 concept is a hybrid condotel model where all the units or “Happy Rooms” as they are called are identical, thus, allowing all unit owners to have an equal share in the revenues of the Hotel 101 property.

The Hotel 101 App for both Apple iOS and Android will be launching soon.

The unique Hotel 101 asset light concept allows DoubleDragon to generate revenue and income twice, first from the pre-selling of the Happy Rooms, then second after the project is constructed it generates long term recurring revenue from hotel operations.

“The development and completion of these new Hotel 101 projects will be perfectly timed with the full recovery and anticipated rebound in the tourism industry. We believe in a couple of years, all this pent up demand for tourism will cause an unseen surge in demand for hotel rooms across the globe,” said DoubleDragon Chief Investment Officer Hannah Yulo-Luccini.

“We have observed that the US has Holiday Inn, Europe has Novotel, China has Jinjiang Inn, Malaysia has Shangri-La, Thailand has Dusit, Japan has Nikko, Singapore has Raffles, but the Philippines has none.

We have also observed that in other countries, many have a strong mindset of gearing their businesses for export. Pursuing business ventures, brands and concepts that are geared to be exported to the 195 countries globally is truly admirable,” said DoubleDragon Chairman Edgar “Iniap” Sia II. 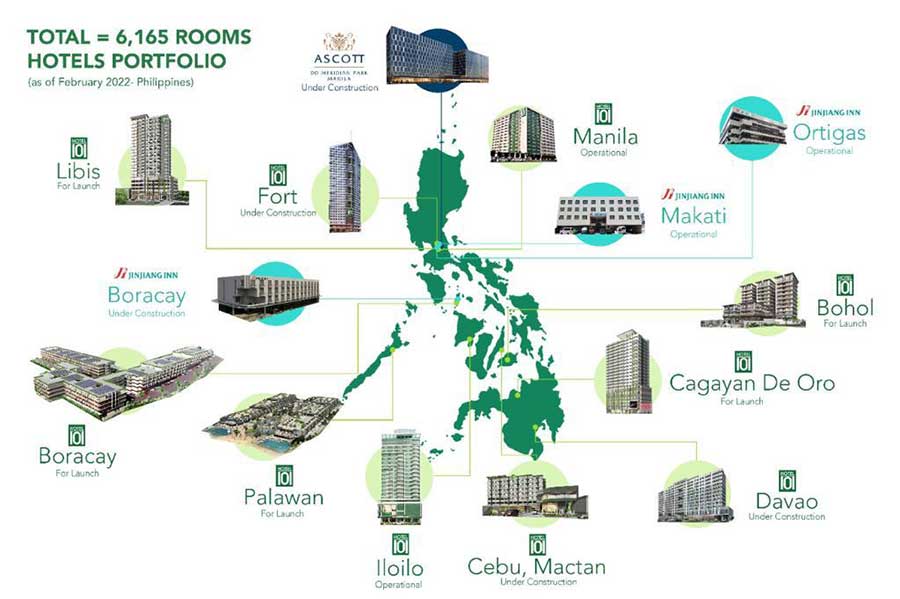 “The Department of Tourism lauds the efforts of DoubleDragon Corporation to establish its Hotel101 concept as the very first homegrown global hotel chain. With two icons of Philippine entrepreneurship, namely Edgar ‘Injap’ Sia, founder of Mang Insal, and Tony Tan Caktiong, the founder of Jollibee, at the helm, Hotel101 has the potential to manifest and promote the unique and exceptional Filipino brand of service as the chain expands all over the world. By doing so, Hotel101 could very well serve as an international goodwill ambassador of the hospitality industry for the Philippines, the same way Jollibee outlets that have made their mark for food in various corners of the globe,” Secretary Puyat said.

“Filipinos are admired all over the world for being highly hospitable people. In fact, many hotels around the world are ably handled by Filipino talents. With that in mind, DoubleDragon believes it’s about time that a Filipino company pursues that aspiration of creating a homegrown Filipino hotel brand that is recognized globally and will eventually bring honor and pride to Filipinos. We are grateful to the DoubleDragon team who have, over the years, been able to put together, polish and test the unique and pioneering Hotel 101 hybrid condotel concept and most especially put to life an exportable concept for the world. We are also glad to have been able to file the Hotel 101 concept patent early on,” said DoubleDragon Chairman Edgar “Injap” Sia II.

(1) Provincial Retail leasing, with its chain of CityMalls,

(3) Hotels with the chain of Hotel 101 and Jinjiang Inn Philippines as well as the currently under construction Ascott in DD Meridian Park, and

(4) Industrial Warehouse leasing with the chain of CentralHub warehouse complexes, a joint venture with Jollibee Foods Corporation that the DoubleDragon plans to transform into a REIT by the second half of 2022.

DoubleDragon currently has 6,165 hotel rooms in its nationwide portfolio that are operational, under construction and about to launch hotel projects across its brands Hotel 101, Jinjiang Inn Philippines and Ascott-DD Meridian Park.

“The aspiration to expand Hotel 101 outside the Philippines has been there since before, but was further delayed by the Covid 19 pandemic. Now that the borders have opened up and the Covid19 pandemic looks bound to end, we believe the elements are already there to finally put forward this aspiration of DoubleDragon to create a global Filipino hotel brand that every Filipino can be proud of, just like the pride that we feel when we see a Jollibee store in other parts of the world,” Mr. Sia added.

“Our whole team will continue to be relentless in our pursuit to make all the business units and brands under DoubleDragon and MerryMart a well-loved household brand serving well all its stakeholders and for both to become major contributor to our economy in the years to come,” Mr. Sia said.

PH inflation accelerates to 8% in November