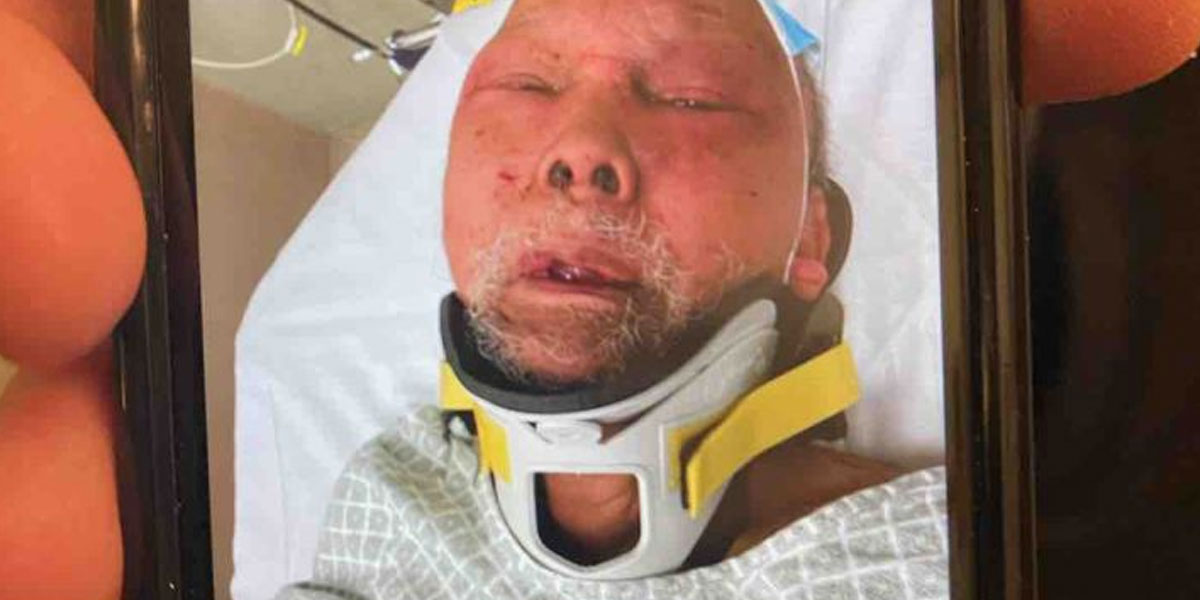 “We are not gonna stop until justice is served for a man who was heartlessly assaulted.”

This was the call for justice of Geo Kevin Ortega Gesmundo whose father Mauricio “Kabo” Bondad Gesmundo Sr., 83, died after he was viciously attacked and beaten on December 31, 2020 by two unidentified persons during a home invasion.

Police determined two attackers from a neighborhood video, but they have no information about their identities.

The Philadelphia police categorized the case as a homicide, but no arrest has been made since January.

Geo believes that the motive was robbery as the suspects targeted a safe in the house which may have held $30,000.

His father was alone when assailants invaded their home in North Fairhill Street, Philadephia, Pennsylvania. He was brutally beaten.  His hands, feet, mouth, and head were duct-taped for several hours.

His daughter and son-in-law found him unconscious on the floor.

After the incident, Mauricio suffered from severe brain bleeding and was in critical condition at the Temple University Hospital in Philadelphia. Geo was able to speak to him on January 3, 2021. His dad wanted to go home but held on for several days before he succumbed to his serious injuries.

The Filipino-American was a father to 10 children, grandfather to 20 grandchildren, and great grandfather to 4. He was born and raised in San Pablo City, Laguna in the Philippines with a bachelor’s degree in Elementary Education.

“Dad was a loving and passionate person. He was excellent at singing, cooking, chess, and praying. One important thing that Dad has taught me that I still carry with me is ‘Prayer and Pakikisama sa mga Kapwa’ (getting along with others) and as those who know him-generous to a fault, having financially supported hundreds of friends and families.

Geo added that most of the time when his father was alone, he would never open the door unless he knows that person and to his knowledge, his father never threatened anyone or has enemies.

“I love how he was very disciplined but had the biggest heart. If it wasn’t for him, I would have not learned to stand on my own and be strong during this most difficult time.”

A $20,000 reward for information leading to the arrest of the suspects has been offered by the police in Philadelphia. The tip line is 215-686-TIPS (8477), or email tips@phillypolice.com. In addition to the city’s reward, A GoFundMe was also created by Geo on behalf of their family to raise money or an incentive for people to come forward with any tips: https://gofund.me/8dd4af24 The GoFundMe campaign has now raised more than $12,000. (Josie Moralidad Ziman)