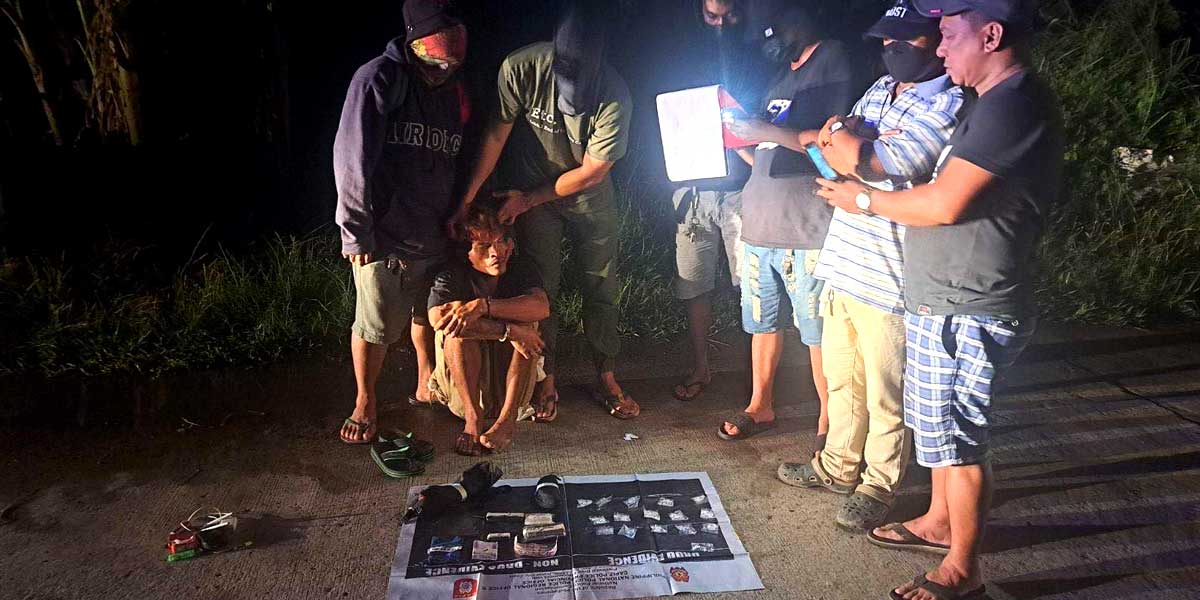 A convicted drug pusher was arrested anew in a police anti-narcotics operation evening of Dec 10, 2022 in Panay, Capiz.

Members of the Capiz Provincial Police Drug Enforcement Unit (PDEU) and Panay Municipal Police Station arrested the suspect after selling a sachet of suspected shabu for P7,000 while at Barangay Bato, Panay town.

Based on police records, Abaracoso is a high-value individual (HVI) drug personality.

He availed of the plea-bargaining agreement and was released from jail on November 2019.

Around 25 grams of shabu worth P177,000 was seized from his possession.

On Nov 19, a jobless man was arrested at Barangay Tanza Norte.

Just like Isiderio and Balgos, Abaracoso will also be charged for violation of Republic Act 9165 or the Comprehensive Dangerous Drugs Act of 2002. (With a report from Felipe V. Celino)