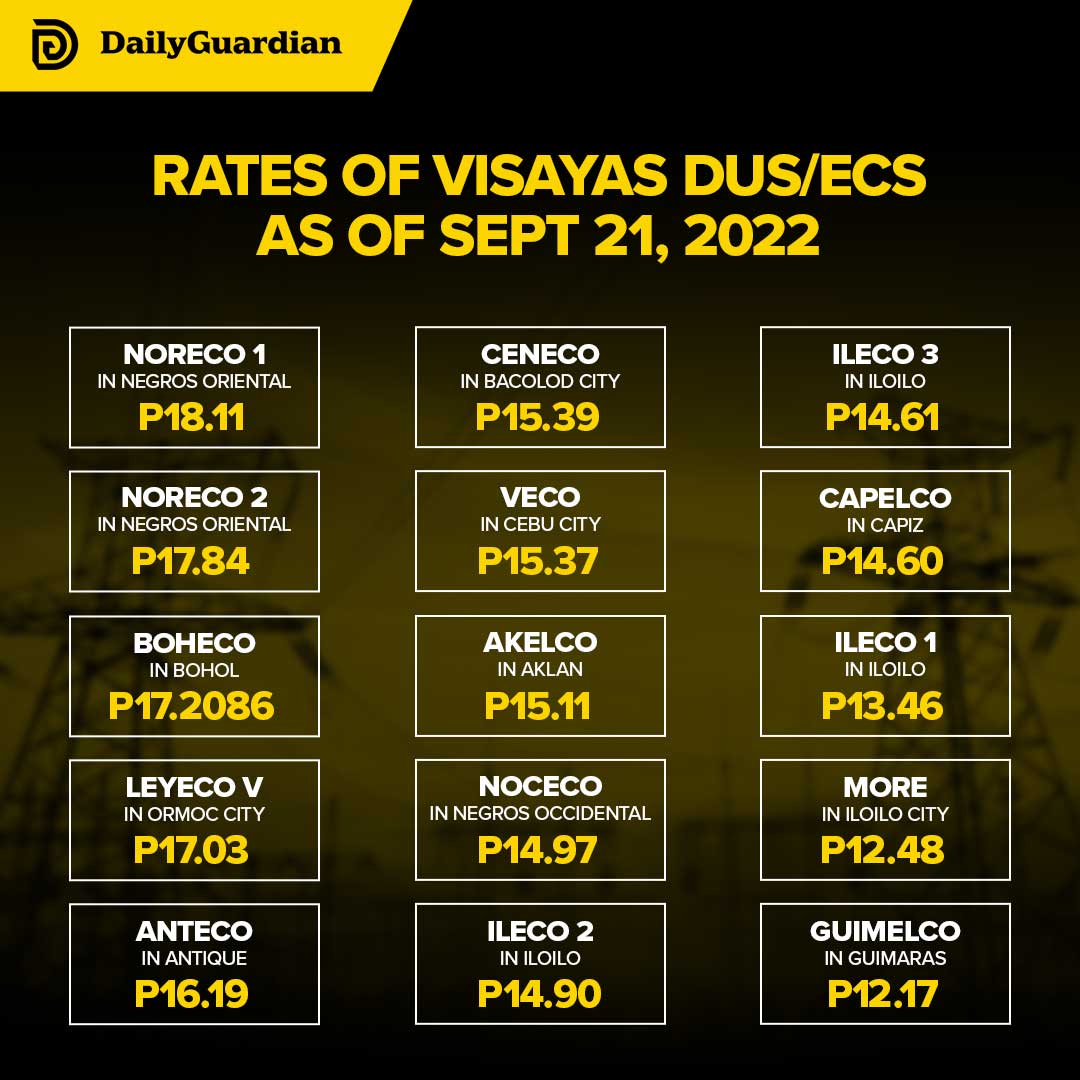 The rising prices of coal and fuel, as well as the weak exchange of the peso against the dollar, have taken a toll on the power rates in the country.

In the Visayas alone, electricity rates are now in double digits, with the average rate of residential consumers at P18 per kilowatt-hour (kWh), up by P5 since January 2022.

Even the rates of MORE Power, Iloilo City’s lone distributor, was not spared as its rates have been escalating from a low of P6/kWh in September 2021 to more than P12 a year after.

The common reasons cited by ECs and DUs for the rate escalation is the increase in coal prices in the world market and the strong dollar against the peso.

The spike in coal index is being blamed on the decision of coal-exporting to either reduce or stop their exports, the impact of the COVID-19 pandemic on supply chains, and the war between Russia and Ukraine which are top coal exporters as well.

Most ECs and DUs have supply contracts with coal-fired power plants even before 2022 as these were still cheaper then apart from being reliable and the most available sources of power.

Industry estimates indicate that distributors buy 50 to 70 percent of their requirements from coal-fired power plants. With the increase in coal prices, generation costs followed suit.

Generation cost is a pass-through charge of ECs and DUs, which means these are being charged on consumers being the end users. Cheaper generation cost means lower rates for consumers; higher cost will mean consumers will have to pay more.

According to Department of Energy (DOE) Usec. Sharon Garin, energy security is a major concern for the country.

Around 70 percent of the coal and fuel supplies used by power generators in the country are imported, thus there is no way of ensuring price stability in the world market.

“More than 37 percent is coal tapos ang sa oil is 34 percent so daku gid na sya nga portion and all of that is not from the Philippines,” Garin said.

The government has been pushing for renewable energy sources and one of the feasible solutions is to support solar and offshore wind turbines.

The DOE has been looking for investors apart from identifying areas that have the potential for generating renewable energy.

Western Visayas is seen to have the potential for solar and offshore wind, particularly from Antique to even Mindoro.

The DOE is also pushing the National Grid Corporation of the Philippines (NGCP) to connect the grids in Luzon, Visayas, and Mindanao, so that the excess electricity from other regions will be distributed to other areas.

The power sector is also very meticulous and highly regulated, which is why it is very impossible for electric companies and power plants to just randomly increase their prices.

At present, the most effective means for consumers is to regulate their energy consumption to save.