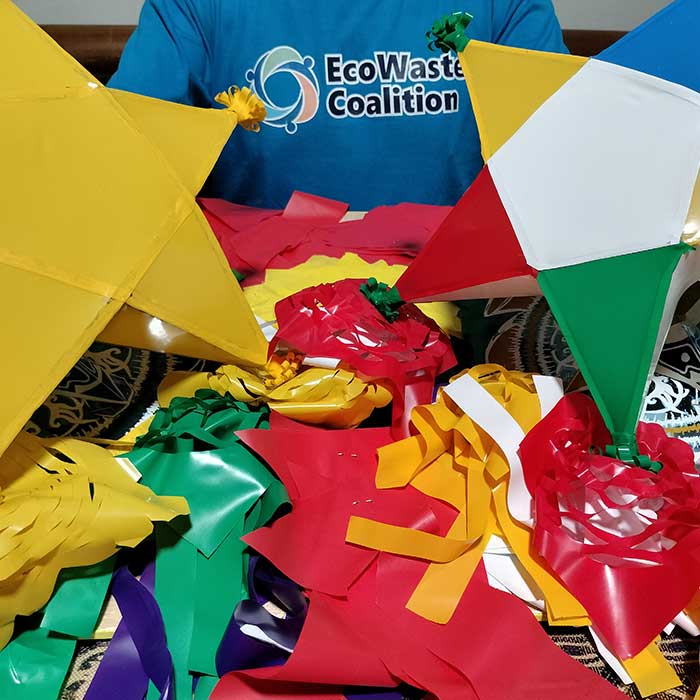 The ubiquitous Christmas plastic lanterns that have replaced what used to be paper-based parols may contain a cancer-causing chemical that has been tagged as one of the world’s “ten chemicals of major public health concern.”

The toxics watchdog group EcoWaste Coalition made this revelation after conducting cadmium screening of multi-color plastic scraps obtained from parol makers at Central Market in Manila City, as well as new plastic lanterns sold by vendors at Mega Q Mart in Quezon City.

The maximum concentration value for cadmium under the European Union’s Restriction of Hazardous Substances (RoHS) directive is not greater than 100 ppm.

“Removing these chemicals in plastic materials is necessary to address the toxic impacts of plastic throughout its lifecycle, including its disposal,” she said, stressing that “the new instrument that will be negotiated by governments to address global plastic pollution must stop the production and use of hazardous substances in plastics, and promote sustainable materials for a zero waste and non-toxic circular economy.”

As stated in the United Nations Environment Programme’s Final Review of Scientific Information on Cadmium, “products containing cadmium are not typically collected separately from the general waste stream in developing countries. Therefore cadmium discards will end up in municipal waste and disposed of in landfills, incineration, open burning or indiscriminate dumping.”

Listed among the “10 chemicals of major public health concern” by the World Health Organization, “cadmium exerts toxic effects on the kidney, the skeletal system and the respiratory system and is classified as a human carcinogen,” according to WHO.

Last year, the Department of Environment and Natural Resources (DENR) issued Administrative Order 2021-08, or the Chemical Control Order (CCO), to reduce the risk of exposure to human health and the environment from cadmium and related compounds used in industrial processes.

While the said CCO regulates industry use of cadmium, it does not cover “any cadmium in products and materials not considered as chemical substance or mixture.”  The CCO, nevertheless, encourages “the use of products not containing cadmium to prevent and minimize release of cadmium to the environment.”

The European Union banned cadmium in plastics way back in December 2011 to protect public health and cut pollution.

WHO to identify pathogens that could cause future outbreaks and pandemics