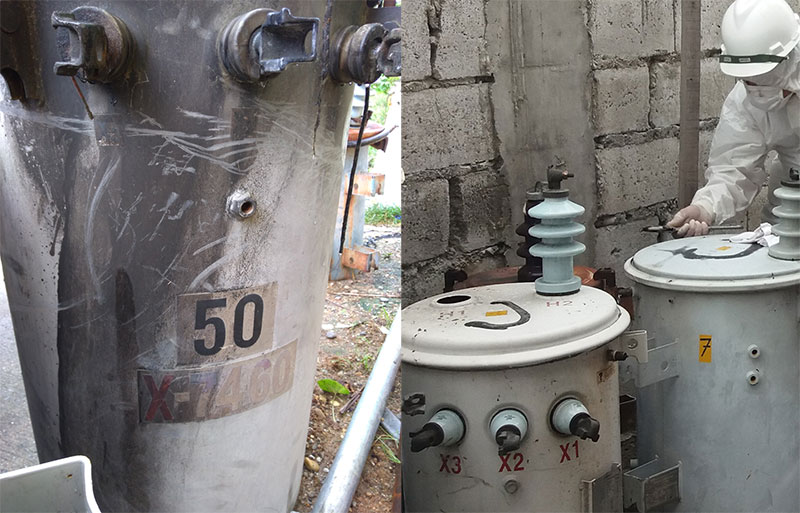 An environmental health and justice organization has called for people’s support to the government-led efforts to eliminate a highly toxic class of obsolete industrial chemicals called polychlorinated biphenyls (PCBs) that were widely used in old electrical equipment such as transformers and capacitors.

In a statement issued to mark the 18th year of promulgation of the Chemical Control Order (CCO) for PCBs on February 16, 2004, the EcoWaste Coalition exhorted all stakeholders to rally behind the Department of Environment and Natural Resources (DENR) to achieve the country’s “PCB-free” target by 2025.

The said CCO is the principal regulatory enforcement framework to comply with the country’s obligations on PCBs under the Stockholm Convention on Persistent Organic Pollutants (POPs) to which the Philippines is a party.  This major multilateral chemical treaty has set a 2025 target to phase out the use of PCBs in equipment, and a 2028 target to eliminate PCBs.

The DENR had earlier banned the importation of PCB or PCB-containing equipment since March 19, 2004 pursuant to the CCO.

“With 2025 not too far away, we urge all concerned sectors, especially electric utilities and cooperatives and other PCB owners, to remain on track and complete the phase-out of PCB use in equipment and to ensure the non-incineration destruction of our country’s PCB stockpiles,” said Thony Dizon, Chemical Safety Campaigner, EcoWaste Coalition.  “Let us rally behind the government’s action to make PCB pollution history.”

At the last Conference of Parties (COP9) held in 2019, a report on the global progress in eliminating PCBs emphasized the need for parties to ramp up efforts to eradicate PCB use and ensure the environmentally sound management of PCB wastes.

PCBs remain intact for long periods of time, travel long distances, accumulate in fatty tissue of humans and wildlife, and bio-concentrate in the food chain. PCBs can enter the body by eating or drinking contaminated food and water, by inhalation, or by skin contact.  PCBs can interfere with hormones and their actions in the body, suppress the immune system, cause reproductive failure, and increase the risk of cancer.

As mentioned in the country’s National Implementation Plan (NIP) for the Stockholm Convention, “the most vulnerable sector exposed to the hazards of PCBs are those working in electric utilities with transformers filled or contaminated with PCB oil,” noting that everyone, including wildlife, can be exposed to PCBs.

The updated inventory of the country’s stockpile of PCBs and their environmentally sound treatment and disposal remains a top priority for the government as the 2025 target for a “PCB-free” Philippines approaches.