Twenty-two houses were totally burned in an early morning fire that hit a cluster of residential houses in La Paz, Iloilo City on May 9, 2022.

Reports from the Bureau of Fire Protection (BFP)-Iloilo City indicated that two other houses were partially burned at Barangay Rizal, La Paz.

The fire was reported at 5:42 a.m. Monday. The fire fighters arrived at the scene four minutes later.

The fire fighters declared that the fire was put out at 8:42 a.m. 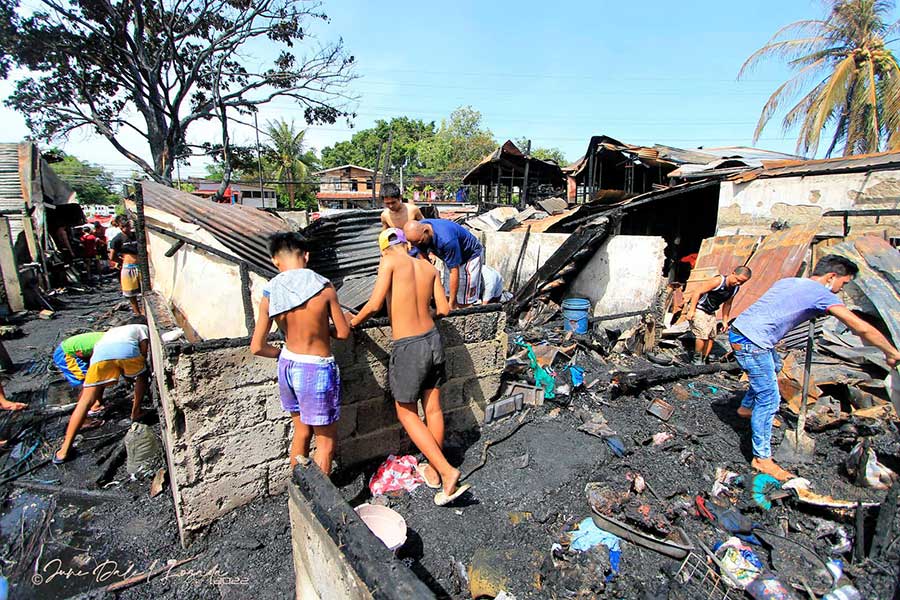 BFP-Iloilo City reported that at least 28 families were affected.

No one was hurt or died in the 3-hour conflagration.

Initial reports claimed that the fire originated from the house of a certain Michel Francisco.