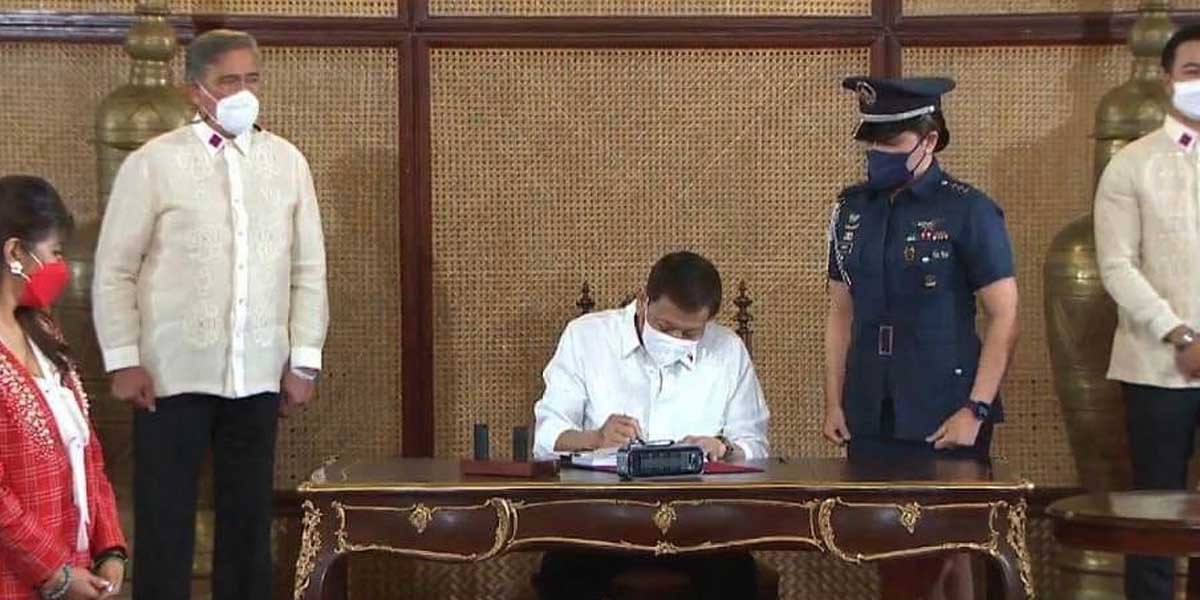 President Rodrigo Duterte has signed a law that will allow 100% foreign ownership in telecommunications, airlines, and railways.

The exclusion of these sectors from the public utilities umbrella means they will no longer be subject to the 40% foreign ownership cap under the Constitution.

Under the reconciled version, telecommunications, domestic shipping, railways and subways, airlines, expressways and tollways, and airports were excluded from the definition of public utility.

Since these are no longer considered as public utilities, they will not be subject to the 40% foreign ownership cap under the Constitution.

Lawmakers said the amendments would open these key sectors to much-needed foreign investment and competition, which would translate to cheaper airfares, lower transportation and shipping costs, and affordable Internet services for consumers.

“Not only will the passage of this measure speed up the country’s economic recovery from the devastating effects of the pandemic, but it will also make our country competitive when it comes to attracting foreign investments which we sorely lack and need,” according to Senator Grace Poe-Llamanzares, who led the Senate contingent to the bicameral committee.

Poe said the liberalization of these industries is not an invitation for foreign countries to take advantage of the Philippines’ resources and that adequate safeguards were placed to protect national security and sovereignty.

Under the reconciled version, foreign state-owned enterprises are prohibited from owning capital in any public service classified as public utility or critical infrastructure.

The measure also prohibits foreign nationals from owning more than 50% of the capital of entities engaged in the operation and management of critical infrastructure, unless his or her country accords reciprocity to Philippine nationals.

The President is also authorized to suspend or prohibit any proposed merger or acquisition, or investment in a public service that results in giving control to a foreigner or foreign corporation.

The measure also mandates that “no person shall be deemed a public utility unless otherwise subsequently provided by law.”