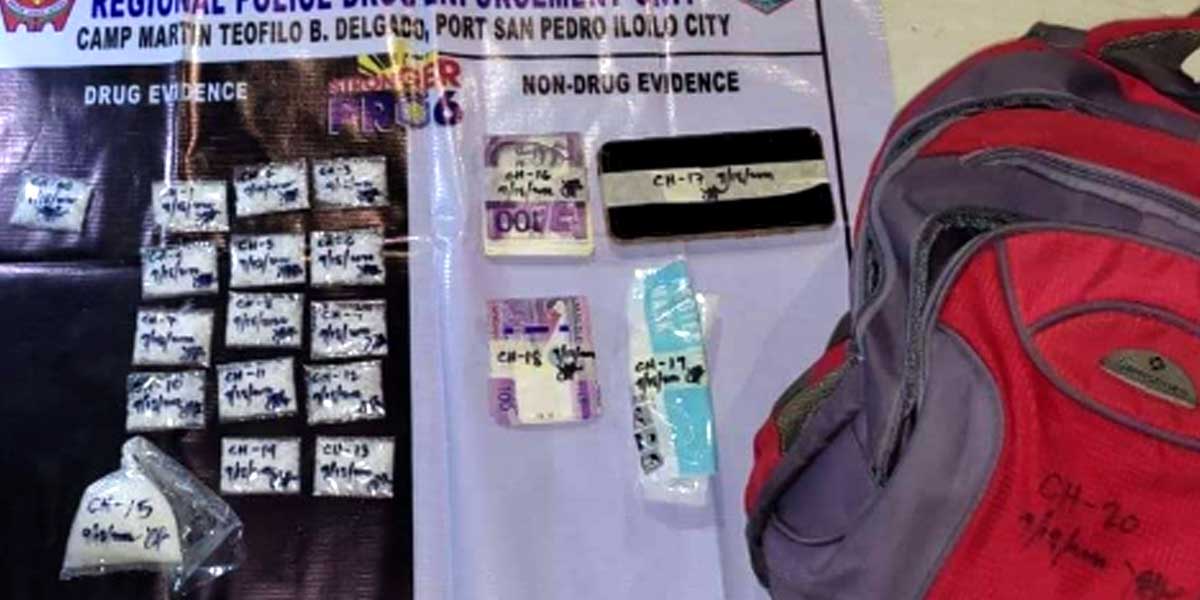 A suspected drug courier was arrested anew in a police anti-illegal drug operations evening of Sept 18 in Jaro, Iloilo City a month after he was released from jail.

Members of the Regional Police Drug Enforcement Unit (RPDEU)-6 and the Iloilo City Police Station 3 arrested Hortinela after he allegedly sold a sachet of suspected shabu for P17,000.

Recovered from the suspect were the marked money, 16 sachets of suspected shabu, a Samsonite backpack, a mobile phone, P300 cash, and several non-drug items.

Soliman said Hortinela is considered a high-value individual (HVI) being a convicted criminal.

He was arrested in a buy-bust operation at Sitio Tulubhan, Barangay Manocmanoc, Boracay Island on May 3, 2016, for possession of 15 sachets of suspected shabu.

Soliman availed of the plea-bargaining agreement and was released in August 2022.

After his release, Hortinela made himself available as a courier for different groups.

“He received instructions from the New Bilibid Prison on who will get the supply,” Soliman said.

From Bacolod City, Hortinela was reportedly distributing in Panay Island, including Aklan.

Horrinela is now detained and will be charged with violation of Republic Act 9165 (Comprehensive Dangerous Drugs Act of 2002).