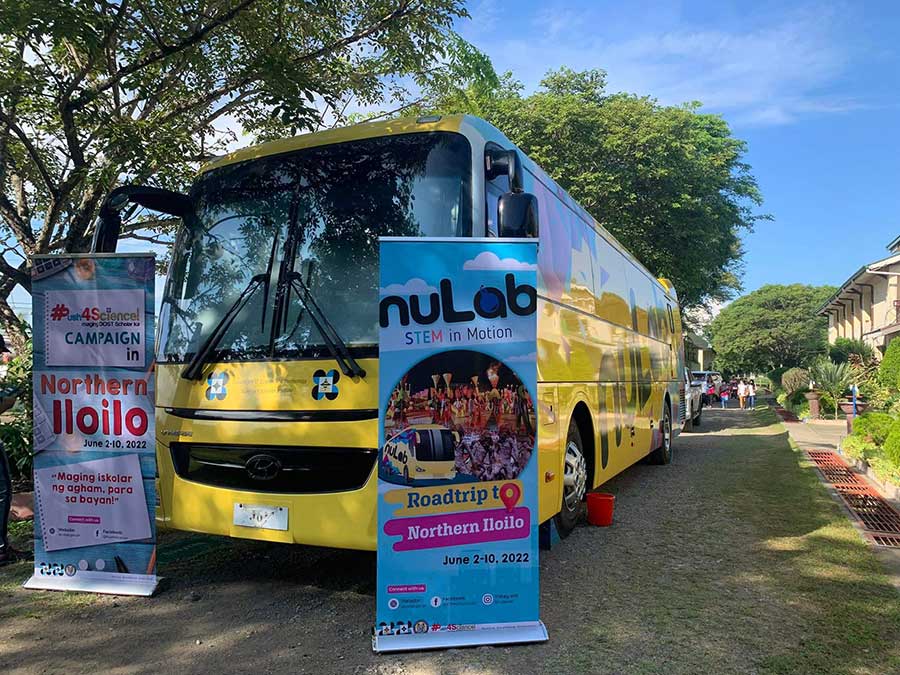 The Department of Science and Technology – Science Education Institute’s (DOST-SEI) nuLab program is set to initiate a Science, Technology, Engineering, and Mathematics (STEM) in Motion campaign in Iloilo, specifically, in Anilao, Barotac Viejo, and Estancia. The Northern Iloilo campaign started on June 2 and will reach its last stop on June 10.

The nuLab bus was launched back in July 2019 and aims to persuade senior high students to take up STEM majors in college. The bus houses individual monitors for students, wireless sensors, a large interactive board, laboratory-grade equipment, among other facilities that can simulate a learning environment which can encourage senior high school (SHS) students to venture into STEM fields. Moreover, the nuLab bus was inspired by the Science Explorer bus which only catered to elementary and high school students.

The current campaign was planned to cater to more than 500 students throughout 18 sessions which cover Mathematics, Polymers, Chemistry, Geology, Physics, and Rivers.

In addition to nuLab: STEM in Motion, the DOST-SEI will launch a partner campaign dubbed #Push4Science: Maging DOST Scholar Ka! which will offer orientations on the DOST Scholarship Programs as a way to fill more vacant scholarship slots.