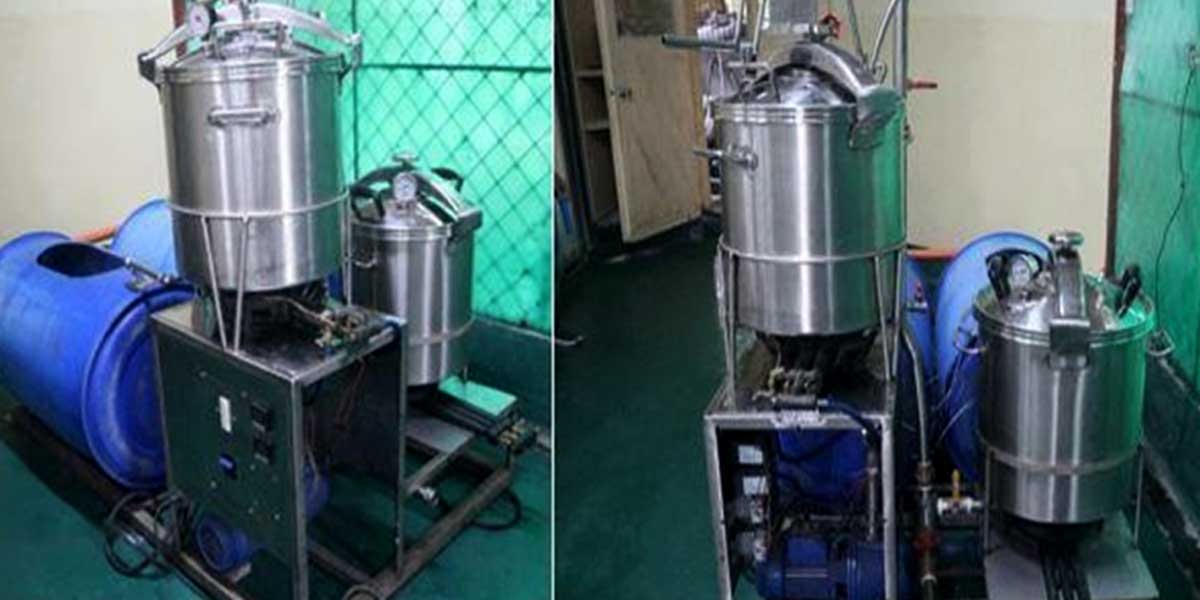 An optimized vacuum fryer that was improved and refined for mechanized and zero-waste processing system; as well as new products, such as the vacuum-fried SP-35 orange sweetpotato; wine, grates, flour, and powder made from sweetpotato trimmings and tubers were part of the accomplishments of a recently concluded government project. The project team, led by Dr. Daniel Leslie Tan, presented the project’s achievements.

These were the outputs of the project, “Enhancing the Development of Sweetpotato Food Value Chains in Central Luzon, Albay, Leyte, and Samar and Linking with Related Industries Phase 2” implemented by the Philippine Root Crop Research and Training Center (Philrootcrops) of the Visayas State University (VSU) and funded by the Philippine Council for Agriculture, Aquatic, and Natural Resources Research and Development of the Department of Science and Technology (DOST-PCAARRD).

The project aimed to sustain the development of sweetpotato value chains and further improve its market linkages. 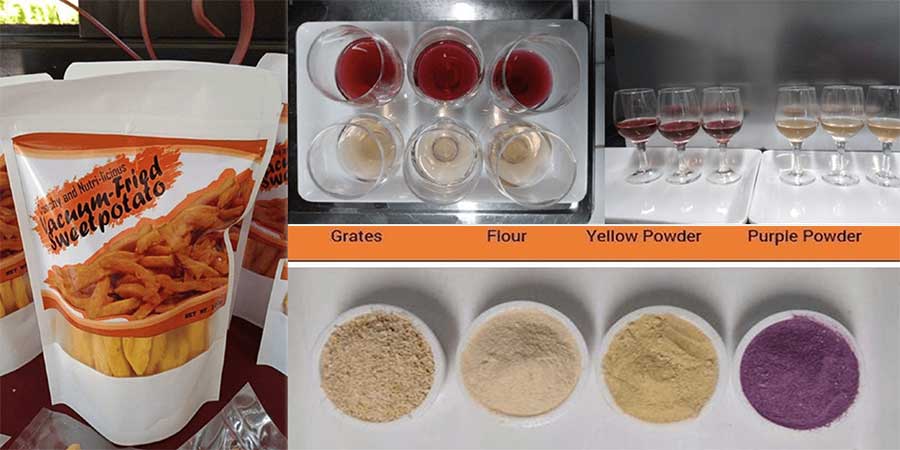 Implemented from June 1, 2020 to February 28, 2022, the project took off from an earlier project that focused on operationalizing the value chain approach through the Farmer Business School, which helped develop sweetpotato food value chain, supply chains, and established sweetpotato enterprises. Phase 2 was initiated to strengthen the Phase-1 developed microenterprises and value chains in Central Luzon, Albay, Leyte, and Samar. During the Phase 2 implementation, Philrootcrops also formed new partnerships with Alameda Farm in Surigao Del Sur, Polomolok Samahang Nayon in South Cotabato, and Cassava Growers and Processors Association (CAGAPA) in Dapitan City.

Meanwhile, marketing strategies and industry links were improved using market and consumer consumption behavior survey results. The study found that sweetpotato-based products, particularly the orange variant vacuum- fried sweetpotato, are marketable and acceptable to consumers. With the increasing market awareness and utilization of sweetpotato brought by the facilitation of product campaigns, trade fairs, and exhibits, as well as by the DOST-PCAARRD Farms and Industry Encounters through the Science and Technology Agenda (FIESTA), the project broadened its market channels and established initial market linkages to sell their products in shopping malls, supermarkets, and even to high-end markets.

During the meeting, the participants agreed that it will be ideal to pursue another project that will maximize the growing potential of the sweetpotato industry. The proposed project will develop new sweetpotato-based industrial products, such as alcohol and feeds’. It will also help increase the capacity of those involved in the sweetpotato value chain.