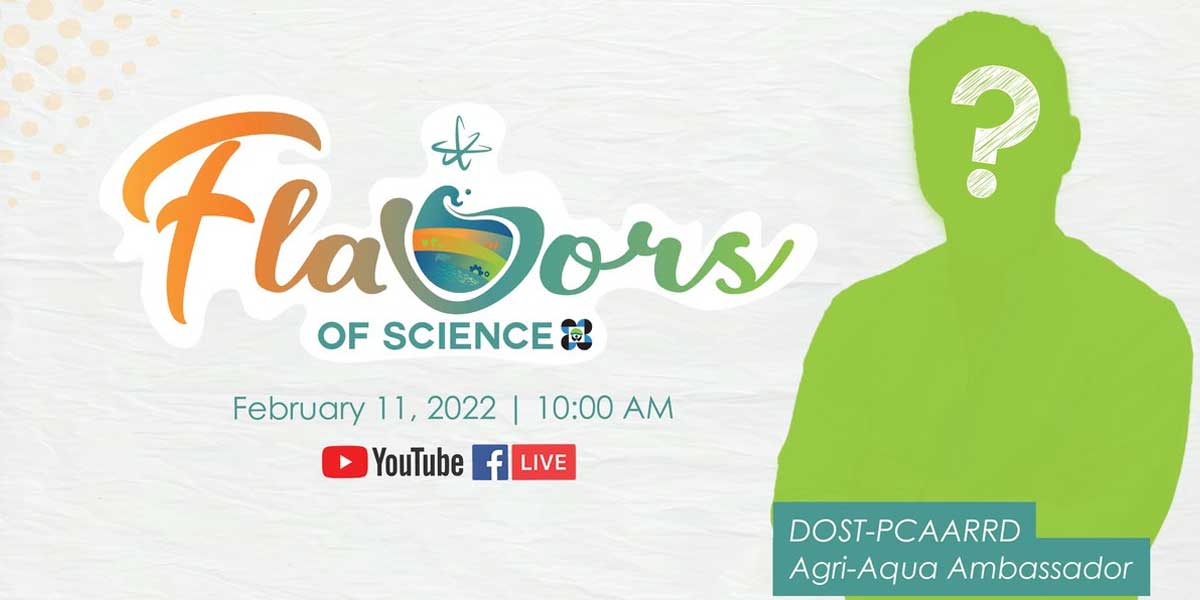 How many of us take for granted the food served to us in restaurants or the food we buy from the market? Do we fully know the hard work and effort put into the production of our food and ingredients?

These are the questions that will be addressed by a campaign spearheaded by the Philippine Council for Agriculture, Aquatic and Natural Resources Research and Development (PCAARRD), a sectoral Council of the Department of Science and technology (DOST). DOST-PCAARRD coordinates, evaluates, and monitors the national research and development efforts in the agriculture, aquatic, and natural resources (AANR) sector.

“Flavors of Science” campaign will honor the hard work and synergy of farmers, fisherfolk, scientists, researchers, and research managers who are constantly working in the background to attain food security.

The campaign was launched on February 11, 2022 through a virtual press conference livestreamed via DOST-PCAARRD’s Facebook page.

Flavors of Science campaign will feature the accomplishments of the Council in developing sweetpotato production; the product of purification of native chicken, native duck, and native pig in different regions of the country, and efforts in conserving and growing tawilis, among others. Throughout the campaign, DOST-PCAARRD will be releasing materials about these accomplishments in its Facebook page (https://www.facebook.com/pcaarrd), Instagram (https://instagram.com/dostpcaarrd), and YouTube (https://www.youtube.com/dostpcaarrd).

To help the Council in communicating the science behind food production, DOST-PCAARRD partnered with celebrity chef and entrepreneur Marvin Agustin. He will be releasing a series of videos in his YouTube channel (https://www.youtube.com/c/MarvinAgustinbaYUMMYhan). His videos, which will feature recipes using native food ingredients, will encourage Filipinos to patronize products produced and developed in the country and not those sourced abroad.