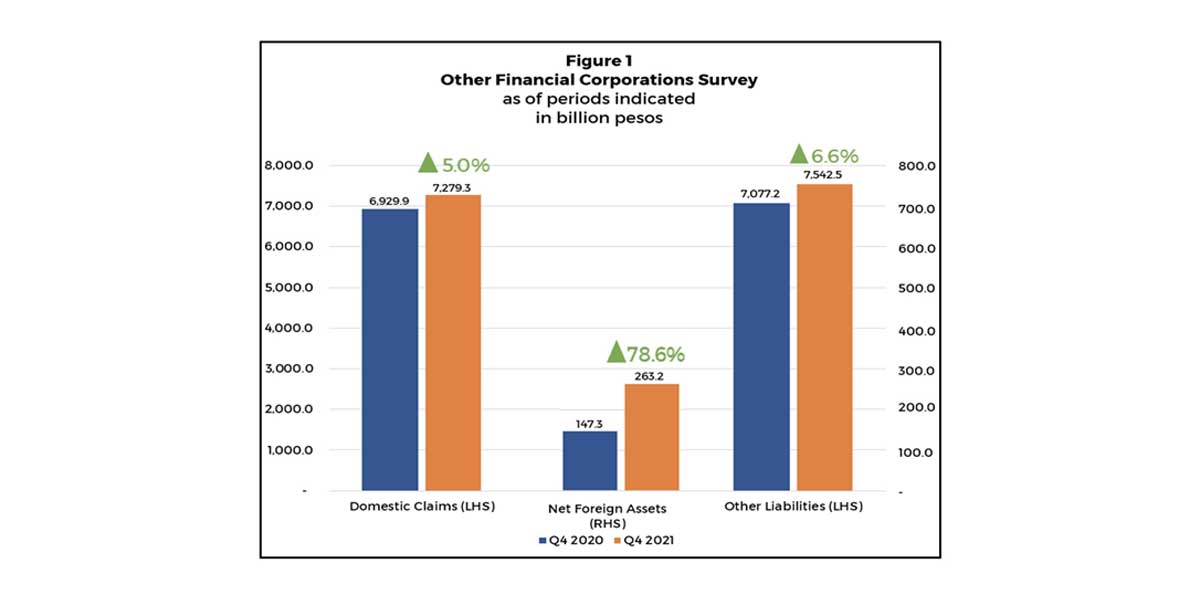 In contrast, the OFCs’ claims on depository corporations declined by 9.7 percent from ₱1,726.4 billion in Q4 2020 to ₱1,558.1 billion in Q4 2021. This is attributed to the sector’s lower deposits in banks and decreased holdings of bank-issued debt securities.

Meanwhile, the net foreign assets of OFCs rose significantly by 78.6 percent from ₱147.3 billion in Q4 2020 to ₱263.2 billion in Q4 2021. This development was driven by the higher claims on nonresidents, which were largely in the form of investments in debt and equity securities.

[1]   The OFCS is a comprehensive measure of the claims and liabilities of the OFCs. OFCs refer to institutional units providing financial services other than banks, non-banks with quasi-banking functions, nonstock savings and loan associations, and the central bank. These institutional units are comprised of non-money market funds of trust institutions, trust corporations, and investment companies, private and public insurance corporations, holding companies, government-owned or -controlled corporations engaged in financial intermediation, and other financial intermediaries and auxiliaries.

[3] The ITR are amounts set aside by insurance companies to meet future insurance liabilities, such as but not limited to unearned premiums, outstanding claims, expected losses, bonuses and rebates (for life insurance).