Inflation or the rise in prices of basic goods and services in Western Visayas slowed down to 4.2 percent in December 2021, from 4.7 percent in the previous month.

But last month’s inflation was still faster compared to December 2020 at at 3.7 percent (see Table_1)

Negros Occidental posted the highest inflation rate of 6.2 percent in December 2021, while Iloilo province had the lowest at 2.3 percent (Table 2). 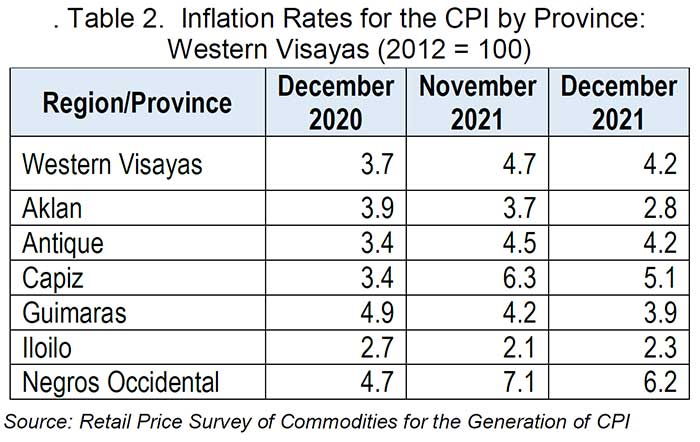 The Downtrend in inflation in Western Visayas was influenced primarily by the monthly decrease on the Food and Non-Alcoholic Beverages commodity group index
at 4.7 percent in December 2021, from 5.0 percent in November 2021.

Other factors for the slower inflation were the lower annual increments registered in the indices of the following commodity groups:

-Furnishing, Household Equipment and Routine Maintenance of the House, 2.7 percent;

However, annual rates were higher during the month compared to the previous month in the indices of the following commodity groups: 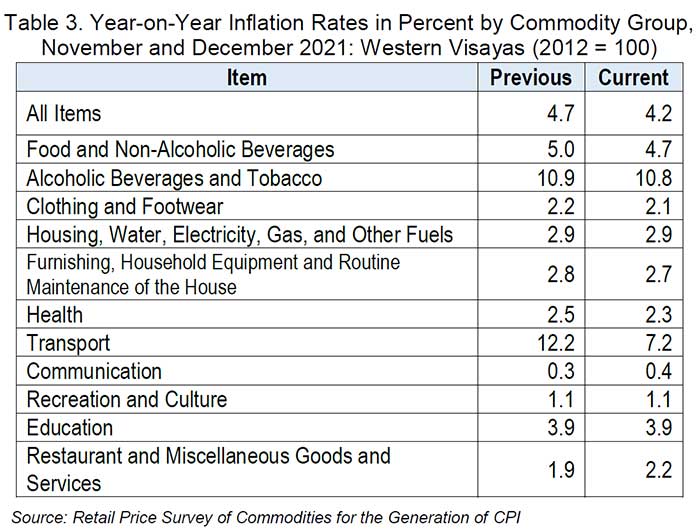 Diokno to US investors: PH is primed for a bright economic future