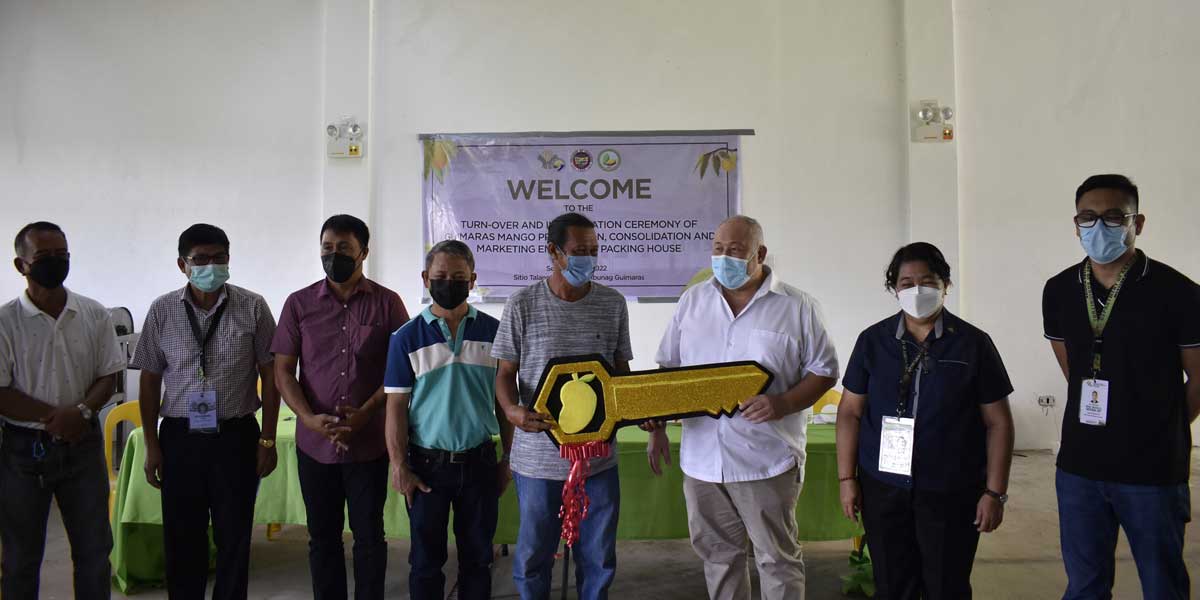 Mango growers in the province of Guimaras can now have the assurance that their products will be of high quality.

This after the Department of Agriculture (DA) formally transferred the responsibility to manage the Guimaras Mango Production, Consolidation, and Marketing Enterprise (GMPCME) to the Guimaras mango growers on September 8, 2022.

The Php18,128,148 million worth of infrastructure is located in Barangay Millan in the town of Sibunag.

GMPCME is a project co-funded by the Department of Agriculture and the Provincial Government of Guimaras.

The building will house the Hot Water Treatment Facility and a mango consolidation area.

Provincial Agriculturist Mr. Alvin Nava said that majority of the mangoes harvested in the province will go through the said packing house and the facility will likewise serve as trading area for Guimaras mangoes.

Building the facility, DA and the Provincial Government of Guimaras aim to reduce post harvest losses resulting in improved quality of produce.

Department of Agriculture Region 6 Regional Executive Director Engr. Remelyn Recoter hopes that the facility will strengthen the quality of Guimaras mangoes that is exported internationally.

The agency is elated that the project which is one of DA’s priority, was turned over to the beneficiaries especially that magoe is a prime commodity of the island province and one of its economic driver.

“We are hoping that this project will of course, strengthen the quality of Guimaras mangoes. Nakita ko kaina ang vision, panan-awan sang kooperatiba… nga ang kooperatiba maka-deliver sang pinakatam-is, pinakamanamit nga mangga that the cooperative or the Province of Guimaras can offer,” Recoter said.

Director Recoter then assured the Guimaras mango growers of the support of the Department of Agriculture to realize their goal to export Guimaras mangoes to Middle East and Europe.

The Department of Agriculture appealed to the beneficiaries to take good care of the facility and nurture the trading capital that were given to them.

Governor JC Rahman A. Nava said that having the Mango Packing House is a realization of one of his dreams that Guimarasnons will have a home service facility.

The governor lauded this another milestone for the Province of Guimaras especially that mango is the province’s prime commodity.

He challenged the local mango growers to sustain the project that will set one standard for the processing of Guimaras mango both for export and for local consumption.

Governor Nava said that having this facility will reinforce the thrust of the Provincial Government of Guimaras to position agriculture as the anchor of the province’s economy.