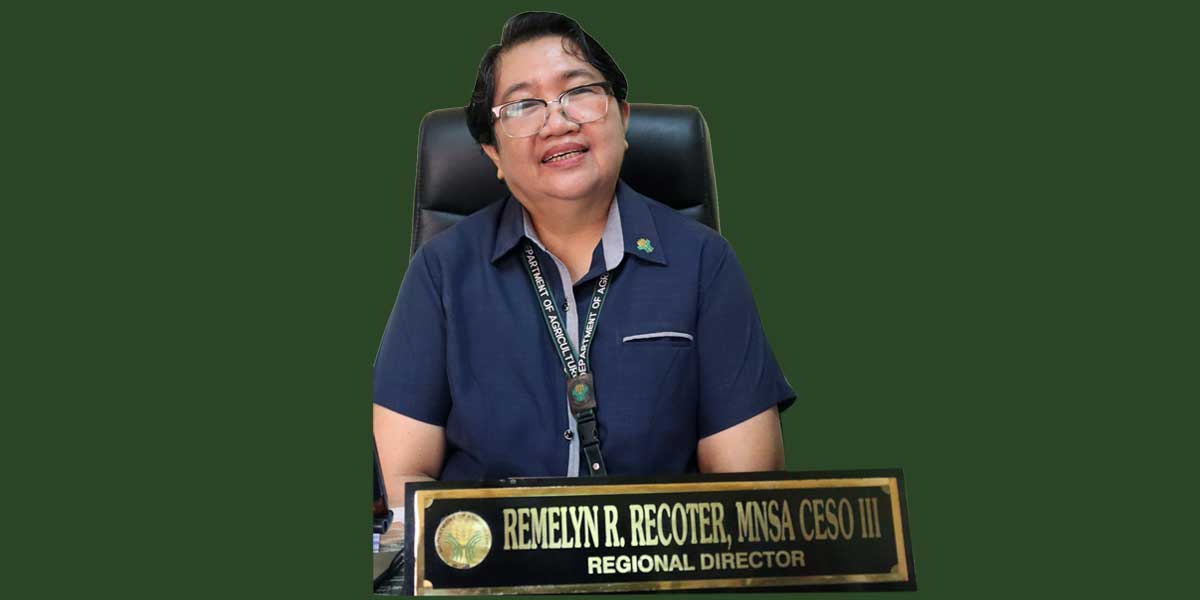 After serving as the regional director of the Department of Agriculture (DA) in Region 6 for over six years, Remelyn Recoter stepped down from her post following her designation as OIC director of the Agricultural Training Institute (ATI).

“In the interest of service, Remelyn Recoter, Director IV, is hereby designated as officer-in-charge, director (OIC-Dir.), of the Agricultural Training Institute (ATI). As such, she shall perform the functions, duties and responsibilities inherent to the designation and such others as directed by the undersigned and the Secretary,” the order said.

Based on the order, Recoter is entitled to RATA, travelling expenses, per diems, and incidental expenses that may be incurred in the performance of her functions, duties, and responsibilities, as designated, chargeable, against ATI funds and other available funds, subject to existing accounting and auditing rules, and procedures.

“All officials and employees of the Department including its bureaus, attached agencies, and corporations, and regional field offices are hereby advised of the designation and directed to give their full support and cooperation to the OIC-Dir in the performance of her duties and responsibilities,” the order added.

In a social media post on Friday, employees of the DA-RFO 6 congratulated Recoter on her new designation as they recognized how her “desirable work ethics and selflessness” made huge impacts on the agricultural sector in the region.

“Your unparalleled dedication and tenacity in public service will always be our inspiration in advancing the regional goal of sustainable food production and resilient agricultural communities. Indeed, your desirable work ethics and selflessness have made huge impacts to the sector that we are serving,” the post said.

ATI is an agency under the Department of Agriculture (DA) that was established under Executive Order No. 116.

The agency is responsible for training the members of rural-based organizations, agricultural extension workers and their clientele to promote and accelerate rural development. The said agency also conducts research in which the results are communicated to the farmers through appropriate training and extension service towards the attainment of the Food Self-Sufficiency Program of the Philippine Government.

Her new designation in the DA-ATI is nothing new as she previously worked for the DA-ATI 6 for 18 years before becoming the Regional Technical Director for Operations from 2007 until 2012. (DG)