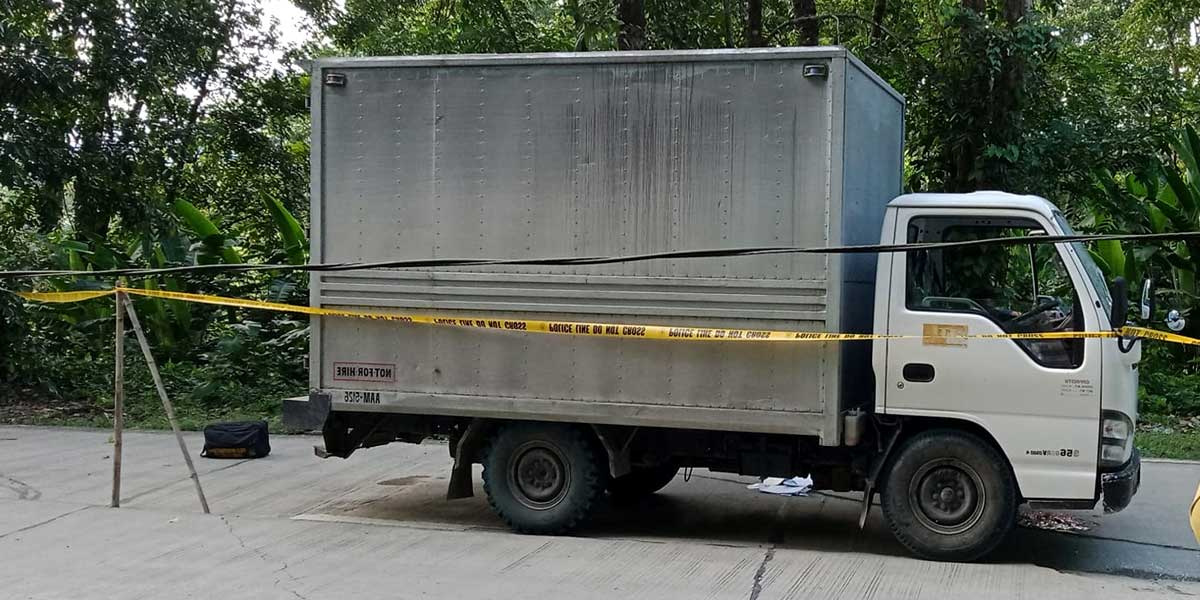 Criminal charges were already filed against two suspects in the robbery-slay incident in Lambunao, Iloilo two weeks ago.

But Major Jogen Suegay, Lambunao police chief, opted not to divulge the two suspects pending the issuance of an arrest warrant against them.

The Lambunao Municipal Police Station charged the two suspects for robbery hold-up with homicide and two counts of frustrated homicide on Sept 27, 2022.

The two assailants are residing in Lambunao town but were nowhere to be found after the incident.

They had no prior cases in Lambuano and its neighboring towns.

Three persons staged a daring robbery afternoon of Sept 15 on the national highway at Pasig, a village just 7 kilometers away from the town proper.

Faldas, a resident of Barangay Port San Pedro, City Proper, Iloilo City, was believed to have instantly died due to gunshot wounds on the head and chest.

His two co-workers were also wounded after the gunmen shot at them while they were fleeing.

On the other hand, Jeriel Nalangan, 35, of Barangay Libot, Calinog, Iloilo, sustained gunshot injuries on his arm and shoulder and a graze wound on his head.

The three victims came from Barangay Jayubo, Lambunao and were driving on an uphill portion of Pasig when the suspects waylaid them.

The robbers carted around P591,000 cash and bags containing the personal belongings of the victims.

They then fled on foot going in the direction of Barangay Banban, Lambunao.