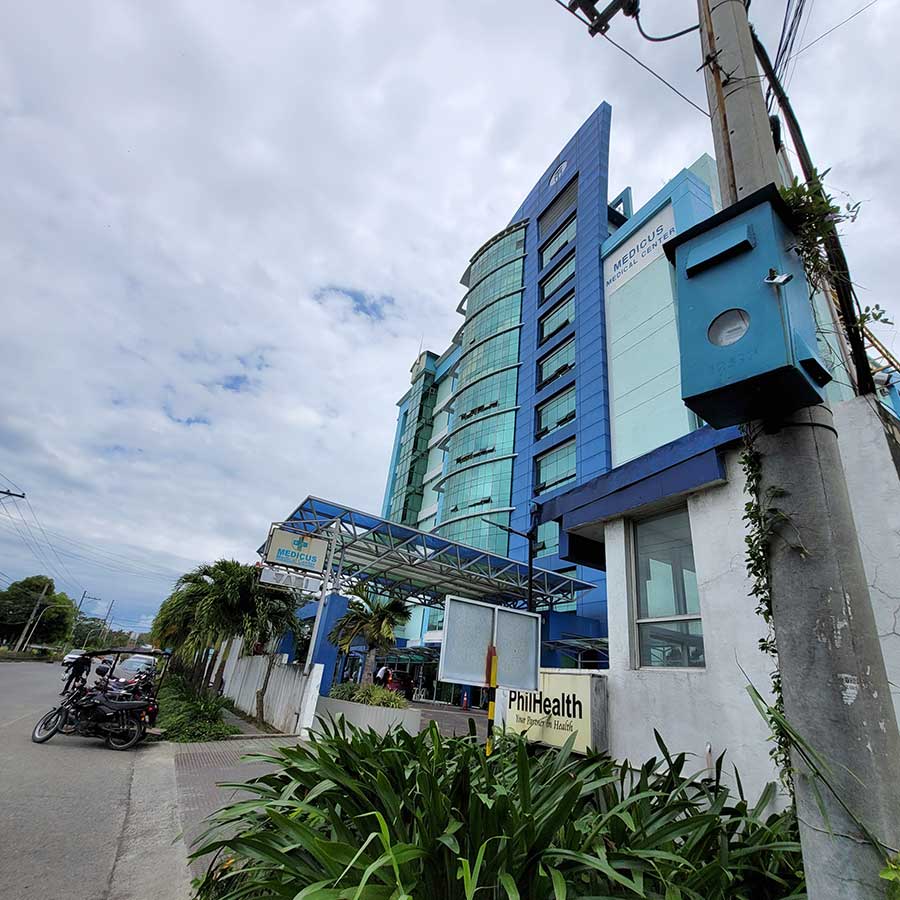 The Regional Trial Court Branch 39 in Iloilo ordered the appointment and creation of a Management Committee (MC) that will run one of the prominent private hospitals in Iloilo City due to management issues.

The order issued on Feb 4, 2022 is an offshoot of Special Corporate Case No. 21-095 for “mismanagement and damages” filed by the late Eugene C. Lim for himself and for Medicus Medical Center Corp (MMCC) and its minority stockholders.

MMCC is the entity that manages Medicus Medical Center in Mandurriao, Iloilo City.

The defendant in the case is Medicus Philippines, Inc (MPI), which owns a controlling interest equivalent to 65.88% of MMCC.

Lim has been replaced by his son Gene Francis Lim as plaintiff following the former’s death on Nov 22, 2021.

The case stemmed from the intra-corporate struggle between some MMCC minority stockholders and the hospital management, particularly MPI.

Based on a copy of the order issued by RTC Branch 39 Presiding Judge Victorino Oliveros Maniba Jr., the plaintiffs insist that the Management Committee should be appointed to take over the management of MMCC, “imputing acts of fraud, mismanagement, conflict of interest and disregard of the interest of MMCC and its minority stockholders on the part of the defendants.”

MPI, on the other hand, denied the allegation and insisted that MMCC was properly managed. It also maintained that the action is “defective as a derivative suit.”

What were the bases of the court order mandating the appointment of the MC?

The court established, per evidence on record and/or admitted in the pleadings of the parties, that the Authorized Capital Stock (ACS) of MMCC is P340 million divided into 6,800 shares with par value of P50,000 per share.

It also found out that MMCC accepted subscriptions for a total 7,130 shares which the defendants did not deny. This means that 330 shares in excess of the authorized capital stock were issued with a combined value of P16.5 million (330 x P50,000).

Some of these over-subscribed shares were booked as Deposits for Future Subscriptions although payments on these subscriptions were made even before MMCC was incorporated on May 14, 2014.

Some of these Deposits for Future Subscriptions (DFFS) “were accepted despite the fact that MMCC had no pending application for increase in capital stock.”

“Those investors whose payments were treated as deposits for future subscriptions were not informed that their investments would be treated as such. Dr. Edgar Portigo, in his Letter dated June 28. 2021, complained about this and asked for a refund of his investment,” the court order added.

MPI’s witness, Mark Philip R. Tirador stated in his judicial affidavit that subscription payments or “investments” over and above MMCC’s ACS “were booked as ‘DFFS’ in MMCC’s financial documents, but on cross-examination, admitted that there was no Board Resolution authorizing the acceptance of Deposits for Future Subscriptions.”

MPI witness, Dr. Rodolfo De la Cruz, insisted that these amounts were not advances which should be paid by defendant Medicus Philippines, Inc. to MMCC, but were spent for transactions which were not reflected in the audited financial statements

No clear explanation was given by the defendants about the excess 626 shares worth P31.3 million, the order noted.

The court also noted that MMCC has been “selling stocks to the general public without a having first secured a license to authorize it to do so as required by Republic Act No. 8799, otherwise known as the Securities Regulation Code.”

Given the circumstances it cited, the RTC said “these may constitute crimes for which the MMCC directors and officers involved may be prosecuted and disqualified from serving as such, resulting in paralysis of operations.”

MMCC’s lack of secondary license to sell stocks to the public as required by RA 8799 could also lead to the disqualification of the officers and directors if convicted for violating the law or found administratively liable for any offense involving fraudulent acts.

“WHEREFORE, the motion for appointment and creation of a Management Committee is granted. The said committee shall be composed of three (3) members. one to be suggested by the plaintiff and one by the defendants, whose appointments shall be confirmed and approved of the Court. The third, who will act as Chairman, shall be chosen by the Court. Parties are directed to submit the names of their nominees within (5) days from receipt of this order,” the order read.

Daily Guardian is still trying to get the comment of the parties in the case.