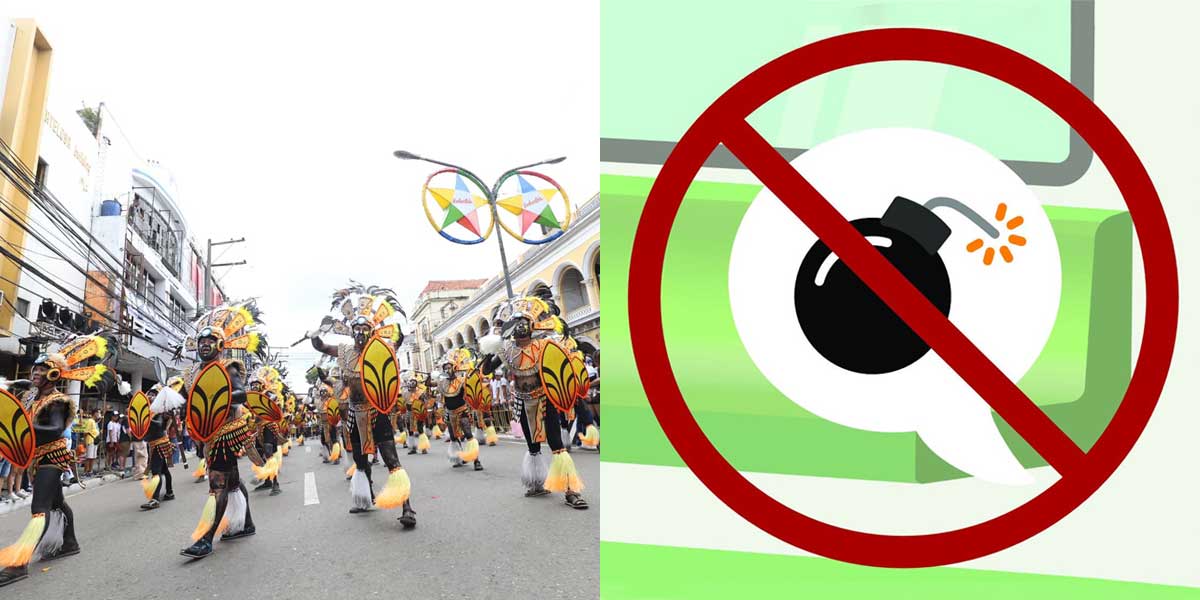 Yes, making jokes about bombs or bomb threats are a no-no during the Dinagyang festivities.

“Bawal ang mga bagay or activities that will result in stampede,” Obregon said.

Obegon cited what happened in Itaewon, South Korea where a stampede resulted in the death of around 153 persons.

“We are taking consideration of things like that since there would be thousands of spectators,” he said.

“While some would perceive it as a joke, others might take it seriously.”

Violators would be charged for violation of Presidential Decree 1727, which declares as unlawful the malicious dissemination of false information or the willful making of any threat concerning bombs, explosives or any similar device of means of destruction and imposing penalties therefor.

Meanwhile, Obregon said they would only allow drones accredited by the Iloilo Festivals Foundation Inc. (IFFI) and the Iloilo City government to fly in the judging areas.

“If you’re not registered or accredited, the Iloilo City Public Safety and Transport Management Office (PSTMO) has a team that will check and confiscate unaccredited drones,” he said.

Meanwhile, Obregon said that backpacks are not totally prohibited but spectators are discouraged from bringing them.

Those who would carry backpacks would be subjected to inspection at the pedestrian screening areas.

All deadly weapons and contraband are prohibited, as expected.