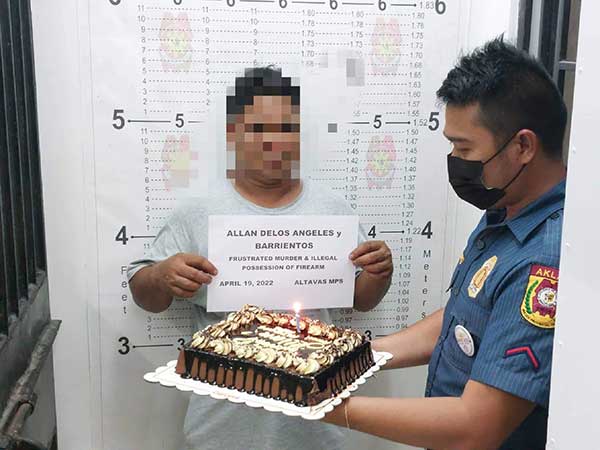 Police arrested and later gifted with a cake a “wanted person” who was nabbed on his birthday.

Delos Angeles is listed by police as one of Palawan’s most wanted persons and has been on the lam for two decades already.

Master Sergeant Niel Alejandro, Altavas MPS operations section chief, said they were unaware that delos Angeles was celebrating his birthday Wednesday. They only learned of that important date when they asked him for his personal information.

“It wasn’t on purpose that we arrested him on his birthday. In fact, when we learned that it was, we decided to buy him a cake,” Alejandro said.

The cops presented the cake to delos Angeles after taking his mugshots.

Delos Angeles is now detained and will be transferred to Palawan for presentation to the court.