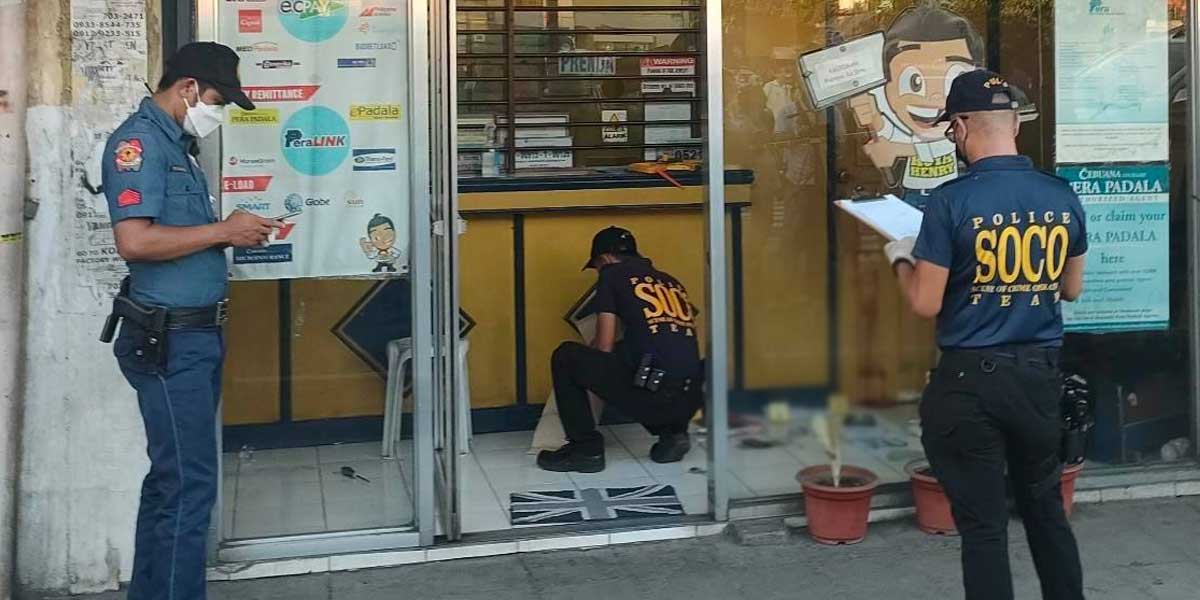 BACOLOD City – Police are investigating if the death of a security guard who suffered a gunshot wound in the head inside a pawnshop in Barangay Zone 6, Talisay City, Negros Occidental last Monday was due to an accidental firing or alleged suicide.

The name of the 24-year-old victim who is a resident of Silay City was withheld.

Police Lieutenant Colonel Cenon Vargas, Talisay City police chief, said the victim was on duty that day when gunfire was suddenly heard by the employees around 3 p.m.

Prior to the incident, Vargas said that based on the testimony of one of the two employees, the victim was observed to be anxious and problematic.

Despite this, Vargas said they could not confirm yet if it was a case of suicide, as he noted that it could also have been accidental firing.

Police recovered from the scene a slug and the victim’s issued .38 caliber.

There were no longer customers inside the pawnshop when the incident happened, as it was already near closing time, Vargas said.

Vargas said that there’s already a request for a paraffin test.