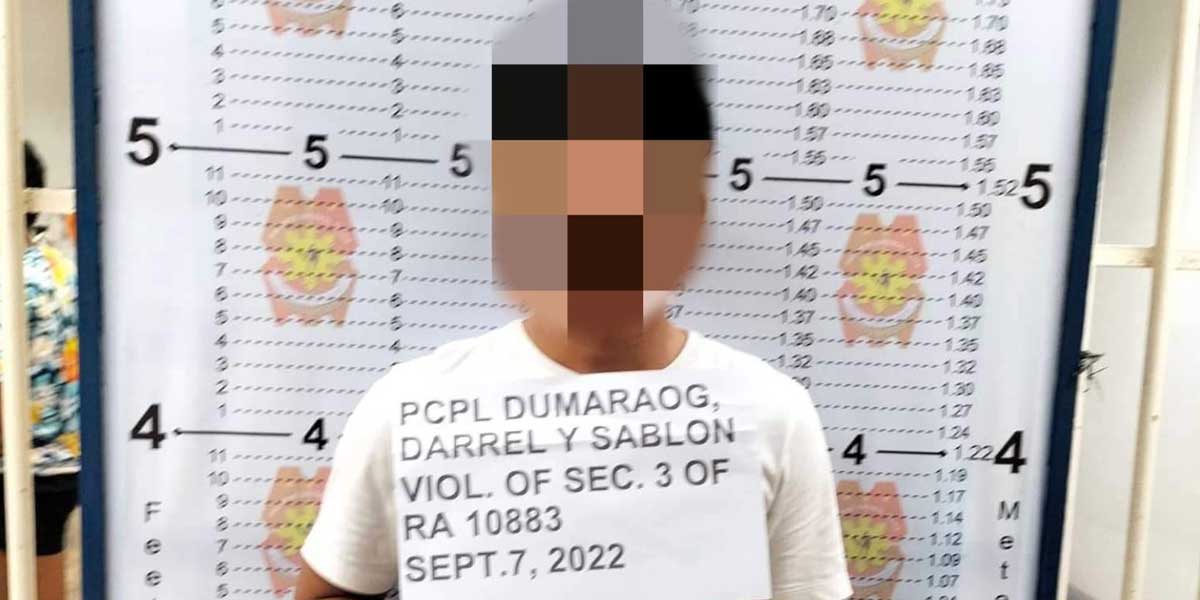 More woes beset the policeman who was arrested for motornapping a week ago.

Dumaraog, a member of the Regional Mobile Force Battalion 6 (RFMB-6) based in Barangay Agcalaga, Calinog, Iloilo, was also restricted to their camp.

“He will also be held administratively, aside from the criminal charges,” Francisco said.

He said that the suspect will be slapped with grave misconduct charges, which could be a ground for dismissal.

Dumaraog was already charged for violation of Republic Act 10883 (The New Anti-Carnapping Law of the Philippines) on Sept 8, 2022 before the Iloilo Provincial Prosecutors Office.

He was collared at around 4:00 p.m. of the same day at the RMFB 6 headquarters at Barangay Jibolo, Janiuay, Iloilo.

The vehicle was parked at Pototan Public Plaza and was believed to have been stolen at around 5:30 a.m. Wednesday.

Pescuela reported the incident to police authorities at 11:00 a.m.

During the police investigation, CCTV camera footage showed that a man drove the motorcycle towards Barangay Rumbang, Pototan, Iloilo.

The suspect’s landlady and boardmates confirmed that it was indeed Dumaraog who drove the motorcycle after viewing the footage.

The 34-year old suspect was renting a place in the area as he hails from Barangay Lag-asan, Bago City, Negros Occidental