If art is just all about skill, then Juben Iwag is not short of it. Iwag’s skill is laid out in his first solo exhibition titled Facets of Art at SM City Iloilo which opened on April 14.

Like the majority of local painters from Western Visayas, Iwag, although formally trained in Architecture, is self-taught in the visual arts. He has been painting since he was a child and continued with some degree of seriousness in Saudi Arabia, where he worked for 24 years.

In Facets of Art, Iwag, actually displays his diverse skills. He can make very good copies of existing images especially with architectural subjects – something done by beginning artists to learn or polish their techniques. Also in this exhibition, Iwag proves he can draw and paint in different styles, techniques and mediums.

But more than flexing his painting and drawing proficiencies, which many aspiring artists nowadays mistake as the ultimate measure of talent in the visual arts, Iwag’s potential as a true artist is revealed through his ability to express in each of his canvases his muddled feelings about things personal or social. This is the strength of this exhibition which needed curatorial editing.

Coming from a rustic milieu in Antique, Iwag waxes nostalgic in Childhood Memories. The painting is almost surreal like all memories tend to be. The image of a boy with a glum look on his face riding a carabao with his hopeful father behind him holding the plow is a subtle statement on the optimism of the elderly and the uncertainty of the young.

In Missing Piece, Wasted 1 and 2, and Cherubim’s Arrow Iwag’s tenderness, intimate longings and romantic nature are uncovered. Cherubim’s Arrow is particularly a retelling of Pygmalion’s story of an artist falling in love with his creation. In Iwag’s case, it is the woman he is painting that engages the artist in a passionate kiss even if her portrait is not yet done! The whole scene is made more complex by another painting of a woman and child looking at them. Diego Velasquez’ Las Meninas comes to mind as closest the peg for this work.

Iwag, however, is not limited to expressing his romantic passion. He documents personal anguish brought on by social realities. His caricatures and cartoon-like images with somehow stinging messages (drawn to pass the time in between work) reveal his awareness of social conditions as they figure in his personal circumstances.  True artists are expected to do this as SP Lopez asserts in his essay Literature and Society.

In So Near Yet So Far and Confused – works rendered like graffiti with traces of the styles Picasso, Dubuffet and Basquiat – Iwag reflects on his life as an OFW and exposes his internal conflict on the choices he has made. In Marawi Reborn, he apparently celebrates the government’s retake of the city from rebel forces but not without leaving a caveat. While highlighting the role of President Duterte in the event, the viewer is subtly reminded that the image is just a painter’s representation of it – clever way to suggest that the whole episode is, in truth, an unfinished picture.

Engaging in self-reflection naturally leads to pondering existential questions. This, too, did not escape Iwag’s pen or brush. Life is Complicated, with its Garfield meme, is very telling of the helplessness he has come to terms with. The same feeling becomes even more pronounced in the drawing Heartbroken, Iwag’s version of Munch’s Scream. And while the oil painting Broken Wings, a surreal work in the mold of vanitas, is an obvious admission of vulnerability, the drawing From Dust to Dust is a statement of resignation to mortality.

Perhaps one painting in this exhibition that metaphorically represents Iwag’s artistic aspirations is Rain or Shine which depicts a group of fishermen launching their boat to the sea against a great wave. Leaving his work abroad and deciding to pursue art seriously is a struggle that Iwag seemed to have resolved by proceeding with this show – his first public outing in Iloilo’s thriving art community.

Now that he has proven he can do almost anything in terms of art technique and styles, Iwag needs to decide which of these should he harness to the fullest to serve as the best means to express his keen sensitivities and sensibilities. 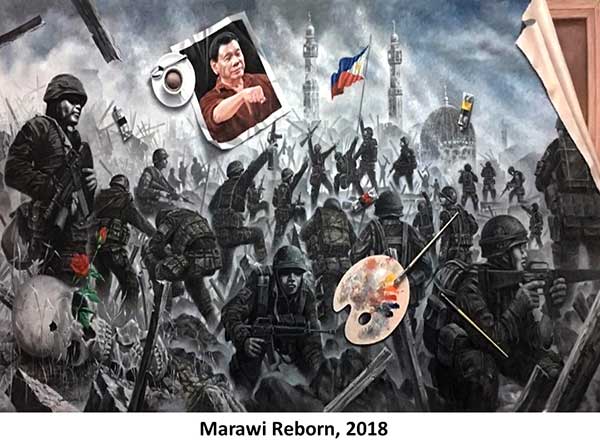 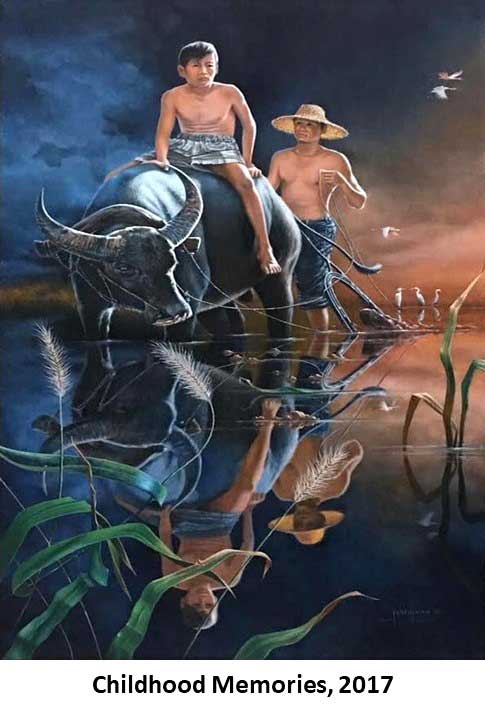 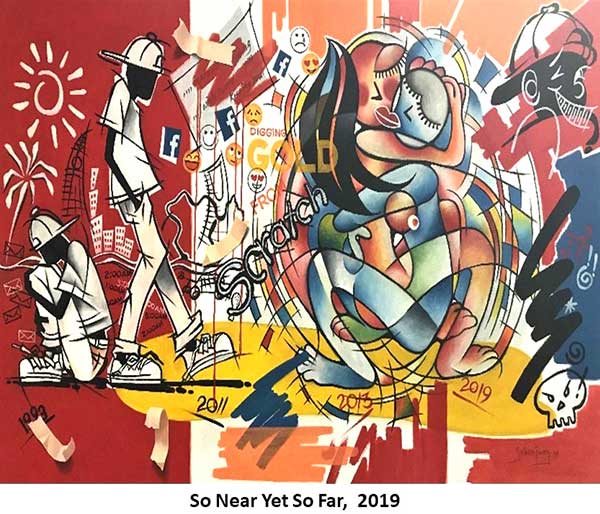 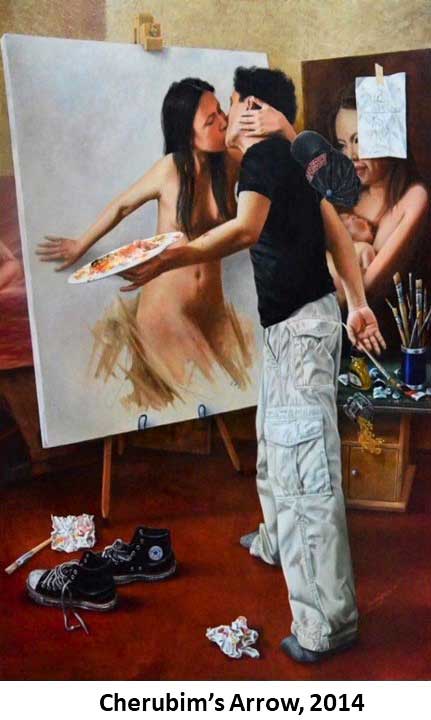 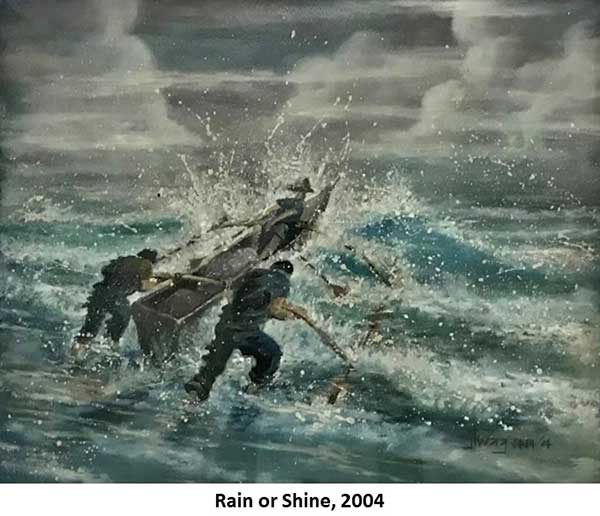 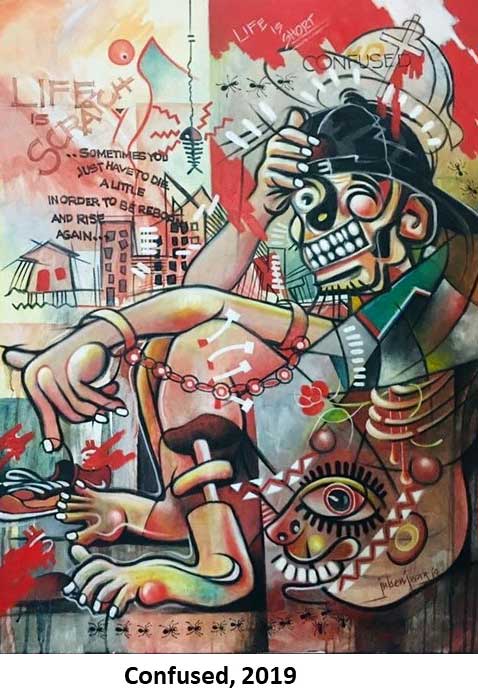 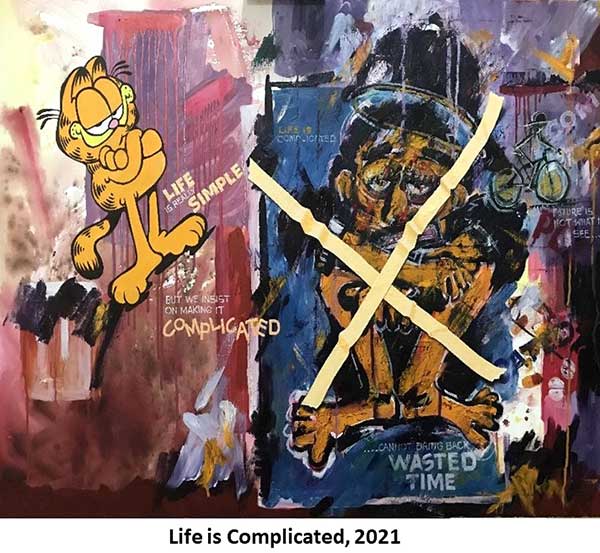 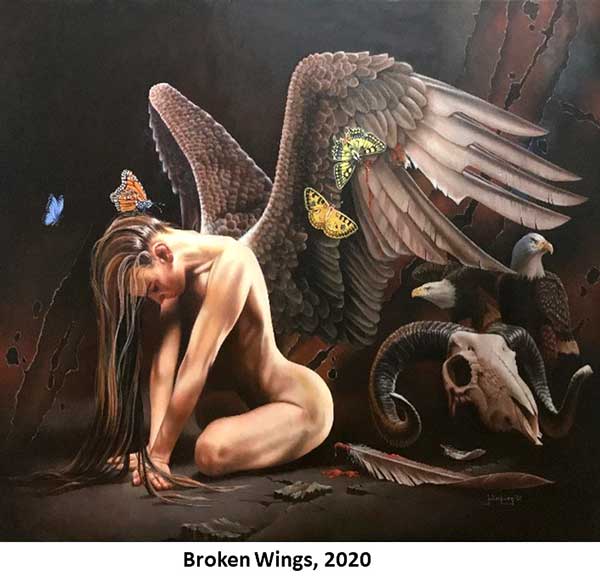 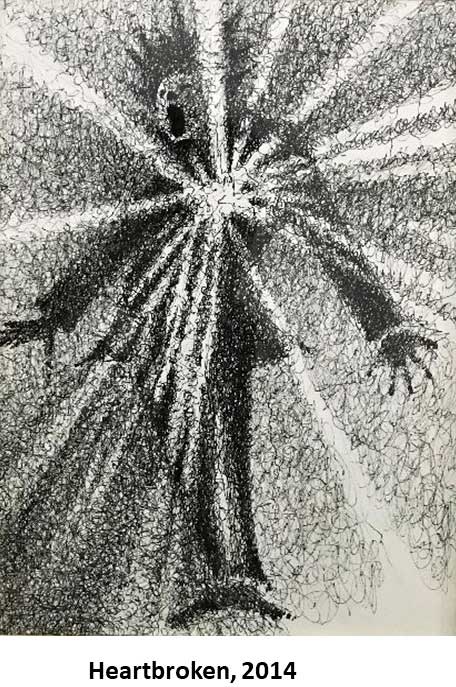 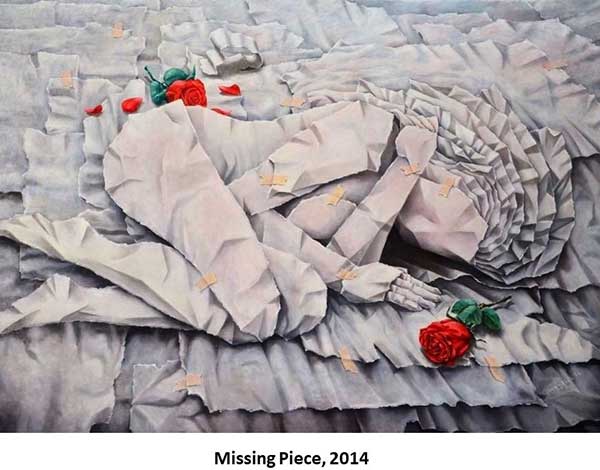