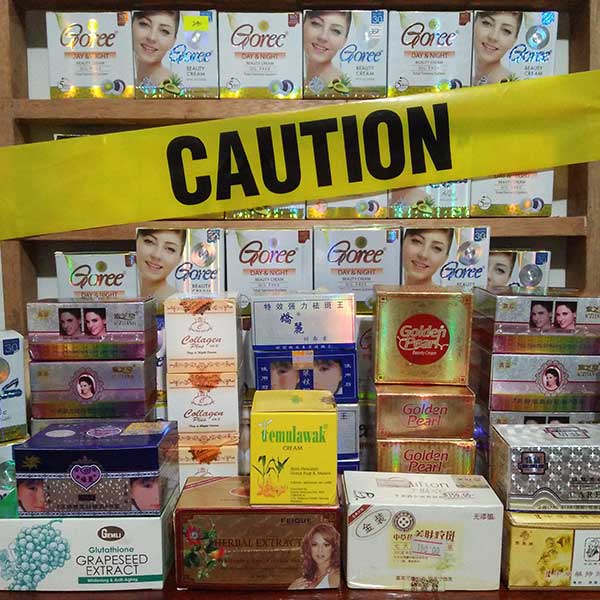 In a bid to safeguard their constituents from health-damaging mercury exposures, the EcoWaste Coalition has reached out to the newly-installed local chief executives in 19 cities in Luzon, Visayas, Mindanao and the National Capital Region.

In e-mails sent last Friday, the toxics watchdog group notified the mayors about the unlawful sale in their cities of contraband cosmetics laden with mercury, a hazardous chemical included in the ASEAN Cosmetic Directive’s “list of substances which must not form part of the composition of cosmetic products.”

“We’ve reached out to our mayors soon after their installation to alert them about this recurring public health and safety issue demanding their attention,” said Aileen Lucero, National Coordinator, EcoWaste Coalition.  “As chief executives of their respective cities, we urge them to take active steps to prevent the exposure of their constituents, especially women of child-bearing age, to mercury in cosmetics.”

Test buy operations conducted by the group in over 25 local government units (LGUs) from March to June 2022 indicate the availability of mercury-containing skin whitening cosmetics in retail stores despite laws prohibiting their production and trade.

“While we found fewer brands of mercury-laden facial creams compared to the study we did in 2015 covering 50 cities, the results of our latest market investigation indicate that the smuggling of such forbidden products has not ceased; hence the need for stringent customs controls and local government interventions,” Lucero said.

Among the banned cosmetics sold in beauty product stores, as well as in online shopping platforms, are Goree Beauty Cream with Lycopene and Goree Day & Night Beauty Cream, which the Food and Drug Administration (FDA) banned in 2017, the group said.

In pursuit of the general welfare provision under the Local Government Code, the EcoWaste Coalition requested the various city authorities to:

-constitute a team that will look into the EcoWaste Coalition’s report;

-enact an ordinance banning and penalizing the manufacture, importation, distribution and sale of mercury-containing cosmetics; and to

-promote the “Brown Is Beautiful” campaign to instill appreciation and acceptance of one’s natural skin color.

In their letters to the mayors, the EcoWaste Coalition pointed out that the unrelenting sale of mercury-containing cosmetics goes against the objective of the Minamata Convention, a legally-binding treaty that aims “to protect the human health and the environment from anthropogenic emissions and releases of mercury and mercury compounds.”  This treaty, among other provisions, stipulates for the phase-out in 2020 of the manufacture, import or export of cosmetics such as skin lightening creams and soaps with mercury content above 1 ppm.

The group also said that the sale of such products violates the Consumer Act of the Philippines (RA 7394 prohibits adulterated cosmetics or those containing any poisonous or deleterious substance) and the Food and Drug Administration Act (RA 9711 prohibits health products, including cosmetics, that are adulterated, unregistered or misbranded).

Mercury in skin lightening cosmetics is released through usual product use with dermal absorption and inhalation as common exposure routes.  It can cause skin discoloration, rashes and scarring, and reduce skin’s resistance to bacterial and fungal infections. Repeated applications can harm the kidneys, the brain and the central nervous system.

The use of mercury-containing skin lightening products by pregnant women is of utmost concern as mercury is known to cross the placenta during pregnancy and accumulate in fetal tissues, affecting the developing brain and nervous system of the baby in the womb and causing neuro-developmental disorders.