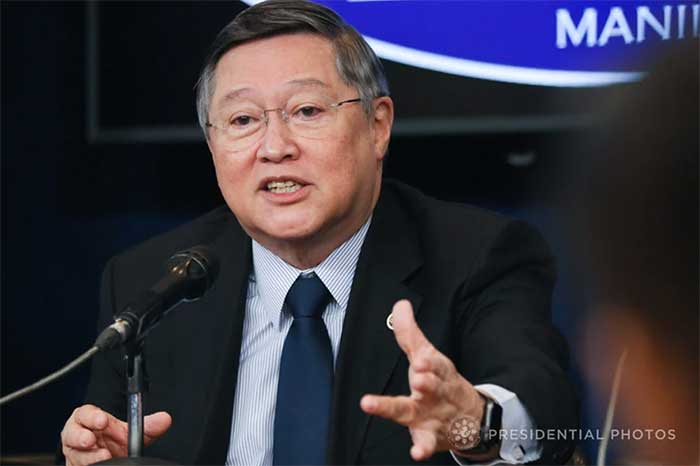 In congratulating C-REIT on its successful initial public offering (IPO), Dominguez said the listing is “a perfect example of how the government and our own private sector can jointly build energy sufficiency and address issues related to global warming.”

“Citicore Energy REIT is the Philippines’ first-ever REIT (Real Estate Investment Trust) offering that draws its income from solar energy investments. As such, it expands the REIT horizon, going beyond commercial property holdings. More importantly, its involvement with solar energy aligns with the country’s whole-of-nation effort to achieve our climate ambitions,” Dominguez said in his pre-recorded message at C-REIT’s listing at the Philippine Stock Exchange (PSE) this morning.

Dominguez pointed out that since the Duterte administration successfully resolved two years ago the issues that had prevented REITs from flourishing in the country, five such corporations have already been established in the market with a total capitalization of P280.6 billion.

With Citicore as the sixth REIT, the total market capitalization of this “powerful financial instrument” will reach nearly P300 billion, or 1.4 percent of the country’s gross domestic product (GDP), he said

“This is just the beginning. This powerful financial instrument holds much promise to help boost our economic recovery” and unlock attractive and dependable investment opportunities for the average Filipino, Dominguez said.

“When the law was cleared for implementation, I described REIT as a powerful financial instrument that will both raise sufficient capital and open the door to investors seeking to participate in our markets. This also unlocks attractive and dependable investment opportunities for the average Filipino,” he said.

Dominguez said C-REIT’s plan to use the proceeds from its public listing to fund its ongoing and future investments in solar and hydro plants in key areas in Luzon will complement government initiatives to accelerate the Philippines’ transition to clean energy through the Energy Transition Mechanism (ETM) project with the Asian Development Bank.

The ETM is an ADB-led project that aims to leverage a market-based approach to accelerate the transition of developing member-countries like the Philippines from coal to clean energy.

“We encourage other clean energy companies to follow Citicore’s initiative in helping the government implement concrete climate actions on the ground to save the only planet that we have,” said Dominguez, who is the official representative of the President to the Climate Change Commission (CCC).

Dominguez said that while the Philippines contributes only 0.3 percent to global greenhouse gas (GHG) emissions, it bears the brunt of the consequences of climate change.

He said the Philippines’ bold commitment to reduce GHG emissions by 75 percent in 2030 aims to demonstrate to the world how a developing and climate-vulnerable country can lead in this fight to save the planet.

“We are disappointed, however, that the wealthier countries with the greatest volume of emissions were far less ambitious in their commitments to the global effort to rescue the planet,” Dominguez said.

“We are also disillusioned by the fact that the Western economies that agreed to raise the climate financing for vulnerable countries seem to require three more years to work out the details and parameters of the concept,” he added.

Dominguez pointed out anew that the Philippines will not rely on the annual United Nations Climate Change Conference of the Parties (COP) pledges and the financing commitments of Western countries to fulfill its ambitious GHG emissions reduction target through the implementation of practical projects on the ground.

“We will not sit and wait idly while the planet burns. We will take action on our own,” he said.