The redeveloped Koi Pond at the La Paz Plaza in Iloilo City was initially introduced to the public on Friday, and Mayor Jerry Treñas touted this as a testament to the city government’s effective partnership with the private sector.

The mayor credited Panay Energy Development Corp (PEDC) for spending money on the redevelopment of the Koi Pond without any cent from the city government.

PEDC is a subsidiary of Global Business Power Corp. (GBPC), which is wholly owned by MERALCO PowerGen Corporation (MGen).

GBPC is celebrating its 19th anniversary in Iloilo this month.

Treñas said the project is meant to attract more tourists and residents alike, hoping that this may contribute to their mental well-being.

“La Paz [Plaza] is very lucky because it has the biggest land area, and together with the PEDC, we were able to envision to have the koi pond redeveloped, redesigned, and in very strong partnership with the PEDC, the city did not spend any amount here,” he told media.

“It’s very important that we restore and renovate our green spaces. Iloilo City is very lucky that we have this. Our friends on the other side, Bacolod [City], does not have plazas in each of its districts. We are very lucky to have this,” he added. 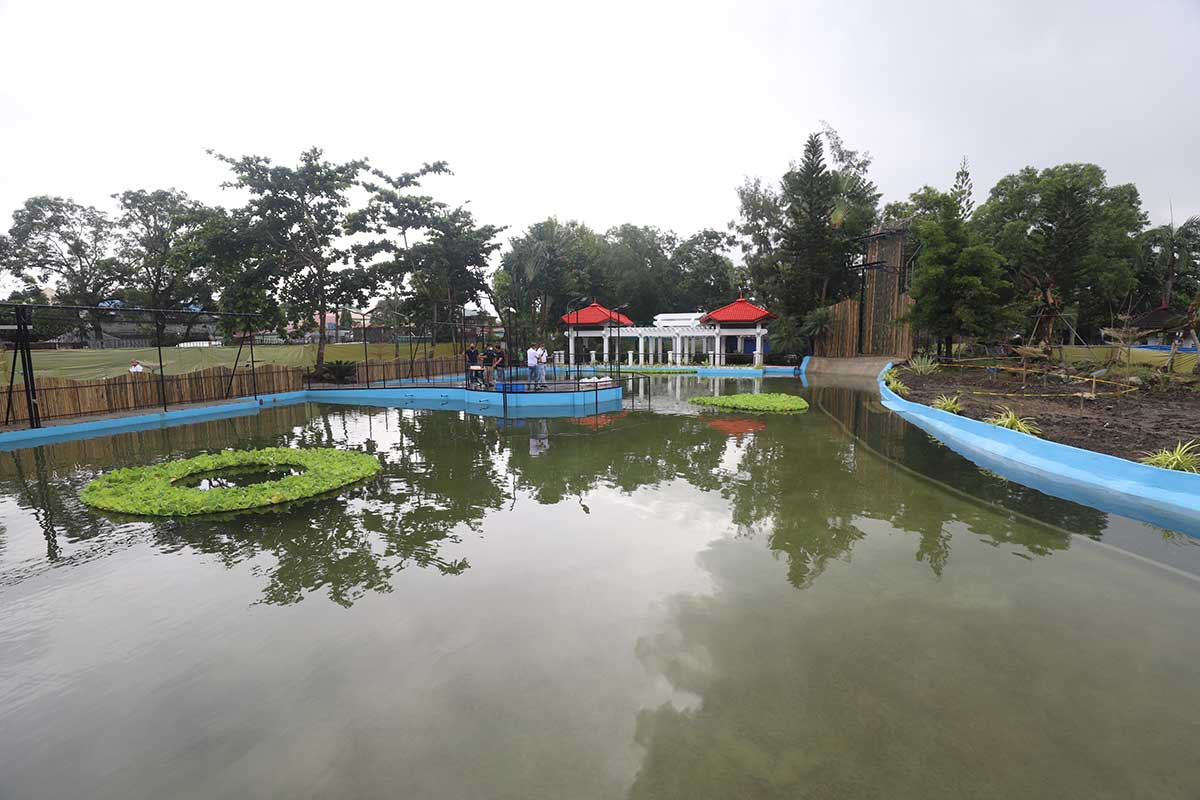 Treñas highlighted the significance of public-private partnerships (PPP) in the city’s undertakings, including events and long-term projects.

“Like with the PEDC, our [PPP] is very strong because they have been here a long time, and we haven’t heard any asking for money from them to make it difficult for them especially for us in the city government. We want business to be easier in the city,” he added.

To ensure the Koi pond’s longevity, the mayor’s office will seek training for four personnel to take care of the fishes and the pond itself.

Another endeavor of the city government with the PEDC is a butterfly garden just next to the Koi pond, to be positioned on top of the retention pond which is currently under construction.

But unlike the koi pond, the retention pond, which serves to keep the plaza above ground, is funded by the city government.

Acting City Environment and Natural Resources Officer Neil Ravena said that there will still be additional pathways and leisure areas to be completed as part of the finished Koi pond.

Ravena’s office will also augment the current personnel of the La Paz Plaza, including the Green Guards, to ensure cleanliness and compliance with environmental rules and regulations.

The koi pond will be temporarily opened to the public every Tuesday, Thursday, and Saturday from 2:00 p.m. to 4:00 p.m.

Treñas said that he is continuously negotiating with the PEDC and its parent companies, Global Business Power and Meralco PowerGen Corp., to support the development of other areas of LaPaz Plaza, including the electrification of the football field and the tennis court to allow enthusiasts to enjoy night games.

The fencing around the La Paz Plaza was developed and built in 1992 during the Ramos administration, and the mayor said that there was a need to improve the plaza’s fencing.

Unlike other plazas in the city, this plaza will retain its fencing because of the koi pond and the butterfly garden.

Other projects around the La Paz Plaza’s area include a district library and a Liga ng mga Barangay hall, among others.