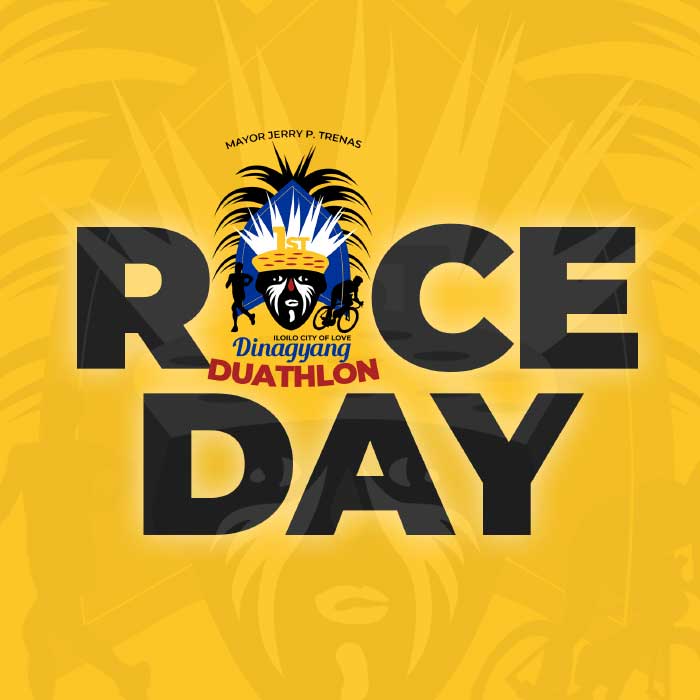 The Iloilo City Government on Sunday disowned a sports competition under the Dinagyang Festival celebrations even if the event appeared to be in the festival’s official pre-festivities schedule following a publicized complaint.

The statement was posted only on Jungco Sr.’s page, not on the Sports Development Division’s page which is a separate page.

“We would like to clarify that the Iloilo City Sports Development Division is not a partner nor is involved in the said duathlon event. The event is not listed in the office’s official list of [Dinagyang] events. Further, our Office refused to execute ‘oath of undertaking’ relative to the said event for technical reasons,” the statement read.

Treñas himself weighed in, saying that anyone who would be using the city government’s and the festival’s name would be investigated.

“All sports activities using the name of the city government and Dinagyang will be investigated for wrongdoings since we will not allow any issues to mar our celebrations! I will never allow any wrongdoings[,]” the mayor said in a Facebook post.

This, despite the event being listed as part of the official events in the Iloilo Dinagyang Festival’s own social media accounts, as Daily Guardian reported online on Saturday.

Iloilo City Councilor Johnny Young also posted about the event and its prizes back in December and was also featured as one of the sponsors in the promotional posters.

The responses from the city government came after Ilonggo biker and runner Rhea Jagunap on Saturday posted on her personal Facebook her criticism of the Dinagyang Duathlon, alleging cheaper snacks and lower prizes despite a P1,500 registration.

(#Iloiloactivesports is this really it? This is Dinagyang Duathlon [laughs] pocket race [laughs]. I feel sorry for runners and bikers. I’m just saying. I rarely rant because I am nice. This is the City of Love, where is your heart? We have visitors from other places.)

Iloilo Active Sports, the race’s organizer, has not issued a statement, but its posting of the winners on its page alluded to Jagunap’s concerns that the P1,000, P800, and P500 prizes were meant for additional categories.

The main categories were Overall Male, Overall Female, and Team Relay, with cash prizes ranging from P8,000, P6,000, and P4,000 with trophies.

For his part, Young confirmed to Daily Guardian that he was one of the sponsors, and referred to Jagunap’s post in saying that there may have been miscommunication on the end of the race’s organizers.

Young added that despite the statements made, he did not see the need to conduct an inquiry into the matter.

“I saw that the organizer’s [Facebook] posts and I think there’s no need to investigate further, since the posts would already inform them well. What I’ve heard is that participants thought they would get P8,000 or any other amount. They did not see that it was only for the overall winners,” Young said in a phone interview.

Daily Guardian reached out to Jagunap for more details on her post but has not responded to our query as of this writing.