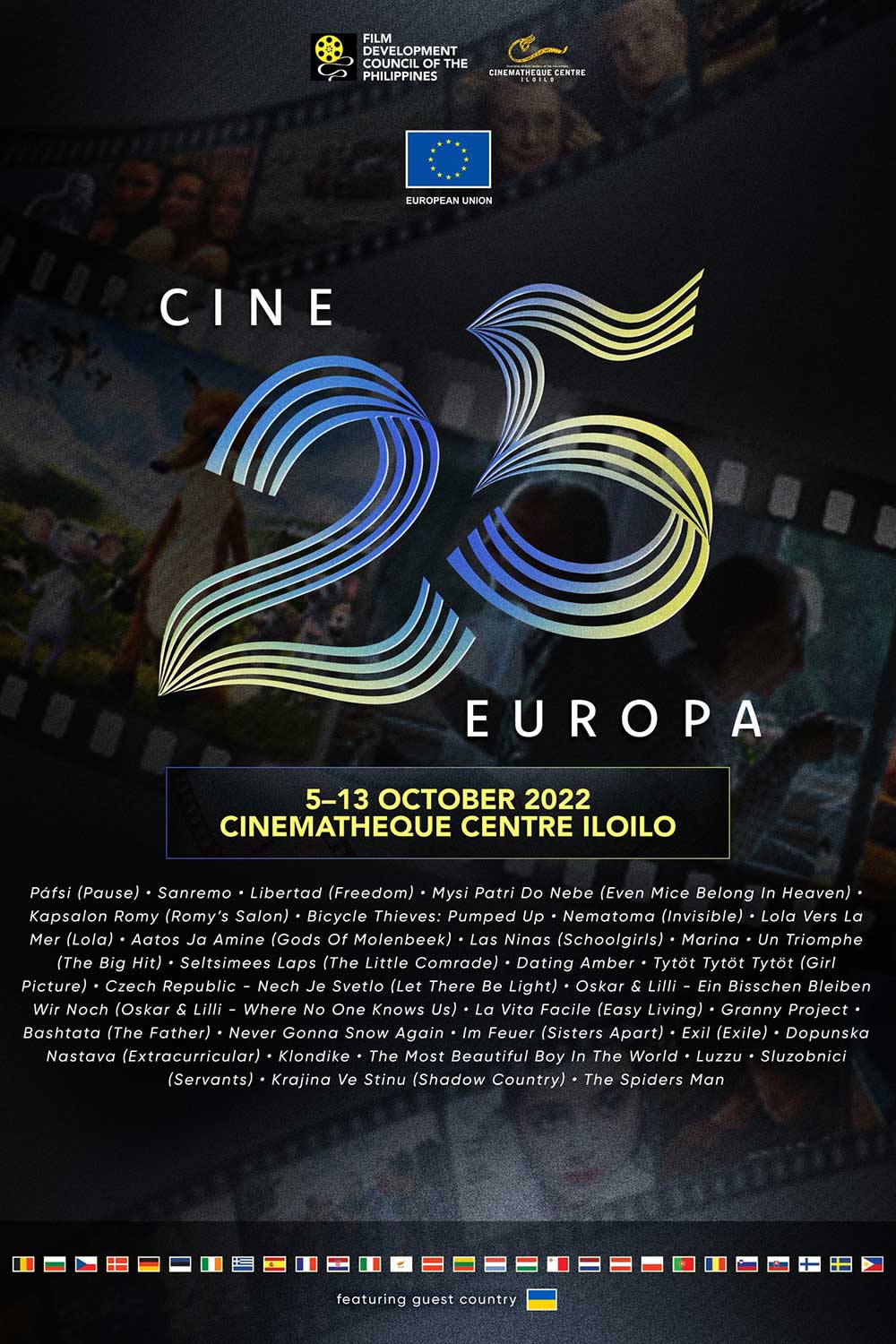 The Film Development Council of the Philippines (FDCP) Cinematheque Centre Iloilo brings European cinema to the City of Love once again, to celebrate the 25th year of an annual event symbolizing good relations between the Philippines and the European Union (EU).

The Cine Europa 25 Iloilo leg will open on October 5 with the 2020 Spanish film Las Niñas (Schoolgirls), a delicate coming-of-age drama set in the contradictory Spain of the 1990s, featuring the story of a confused generation of young generation, and showcasing the friendship of protagonists Celia (played by Andrea Fandos) and Brisa (played by Zoe Arnao).

This film won Best Film, Best New Director and Best Original Screenplay for director Pilar Palomero, and Best Cinematography for Daniela Cajías, from a total of nine nominations at the 35th Goya Awards.

Other opening films include the 2013 Belgian film Marina, a biographical film based on the life of Italian singer Rocco Granata, and the 2020 french film Un Triomphe (The Big Hit), the story of an actor who runs a theatre workshop in a prison which will stage a famous play.

The other films forming part of the festival on its nine-day run include:

The Cine Europa will be on a hybrid format, being available to everyone in both physical format at the Cinematheque Centre and virtually via online platforms.

“For the past 25 years Cine Europa has been the hallmark cultural event of the European Union Delegation to the Philippines. Beyond showing European films, this programme has become a platform to strengthen EU-Philippine cultural relations and collaboration with Philippine cultural institutions and other partners,” the Cinematheque Centre said in its press invite.

Cine Europa 25 is organized by the EU Delegation to the Philippines, EU Member-States’ Embassies, Cultúr Éireann, Irish Film Institute, Goethe-Institut, Instituto Cervantes de Manila, and the Philippine-Italian Association, in partnership with the National Parks and Development Committee, the FDCP, and the Cultural Center of the Philippines, as well as other local and commercial partners.

Admission is free for all films on a first-come, first-served basis. The public will be encouraged to observe health protocols while watching the films.

Complete schedule and other details are available at the Cinematheque Centre Iloilo’s Facebook page, and they may also be reached at phone number (033) 335-0543 and email address fdcpcinemathequeiloilo@gmail.com.