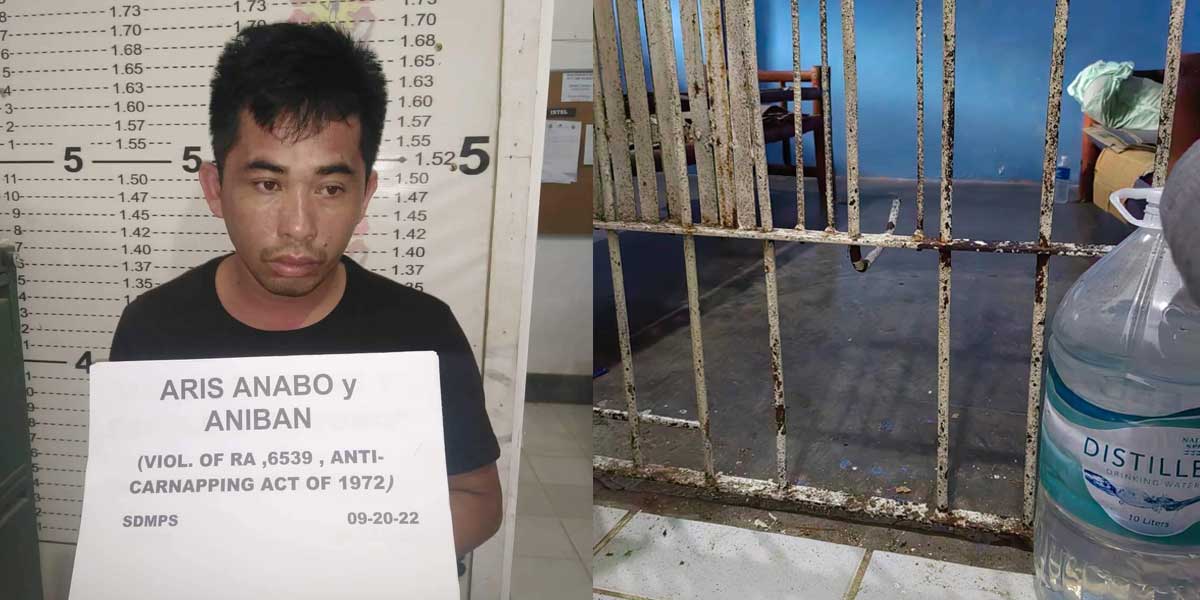 A manhunt operation is underway against a detainee who allegedly escaped from a police lock-up cell in San Dionisio, Iloilo.

Police learned that Aris Anabo, 34, of Barangay Borongon, San Dionisio, slipped out of his cell around 8 a.m. on Sept 28.

Reports said that Staff Sergeant Marcelo Balogo, custodial supervisor, discovered that Anabo was no longer at the detention cell when he was about to assume duties and responsibilities from the outgoing duty custodial officers and duty team.

Anabo is deemed a Person Under Police Custody (PUPC) since a case for violation of Republic Act 6539 (Anti-Carnapping Act of 1972) was already filed against him.

Lieutenant Soviet Torre directed all personnel to conduct a hot pursuit operation for the fugitive’s arrest.

Based on initial investigation, the duty sentinel was able to check on Anabo around 4 a.m. to 5 a.m. Wednesday.

It is possible, Torre said, that the detainee escaped after the inspection.

The suspect, who was of small build, bent one of the iron bars of his prison cell and then slithered his way to freedom.

Anabo is believed to have escaped via the station’s front entrance.

The local police station squats on a property owned by the local government.

The police station office and detention cell are housed in the same building.

Anabo was placed behind bars on Sept 20 after he allegedly commandeered a top-down tricycle owned by a certain Dominic Bonzo.

He allegedly used an improvised key to steal the tricycle.

He was eventually arrested.

As this developed, Torre said they are still investigating Anabo’s escape while administratively probing who should be held liable.