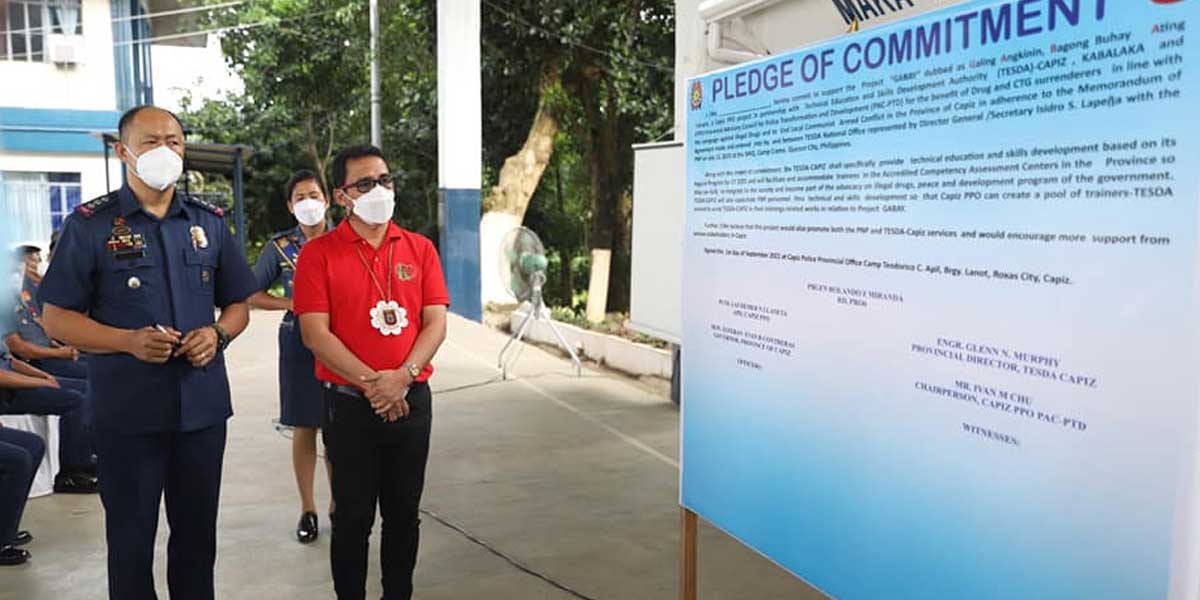 ROXAS CITY, Capiz — The Capiz Police Provincial Office (CPPO) launched on Sept. 1 project “GABAY” as a mechanism to provide the former rebels and drug surrenderers a productive and brighter future.

“The project primarily aims to help the Communist Terrorist Group and illegal drug surrenderers in Capiz equipped with the skill that will help them in starting a new life,” said CPPO provincial director Col. Laudemer Llaneta.

The CPPO initiative is in collaboration with the Capiz provincial government, Technical Education Skills and Development Authority and Provincial Advisory Council for Police Transformation and Development (PAC-PTD).

“Bahaynihan Project” which has already built and turned over 66 houses to identified poor households greatly affected by the COVID-19 pandemic as of Aug. 20.