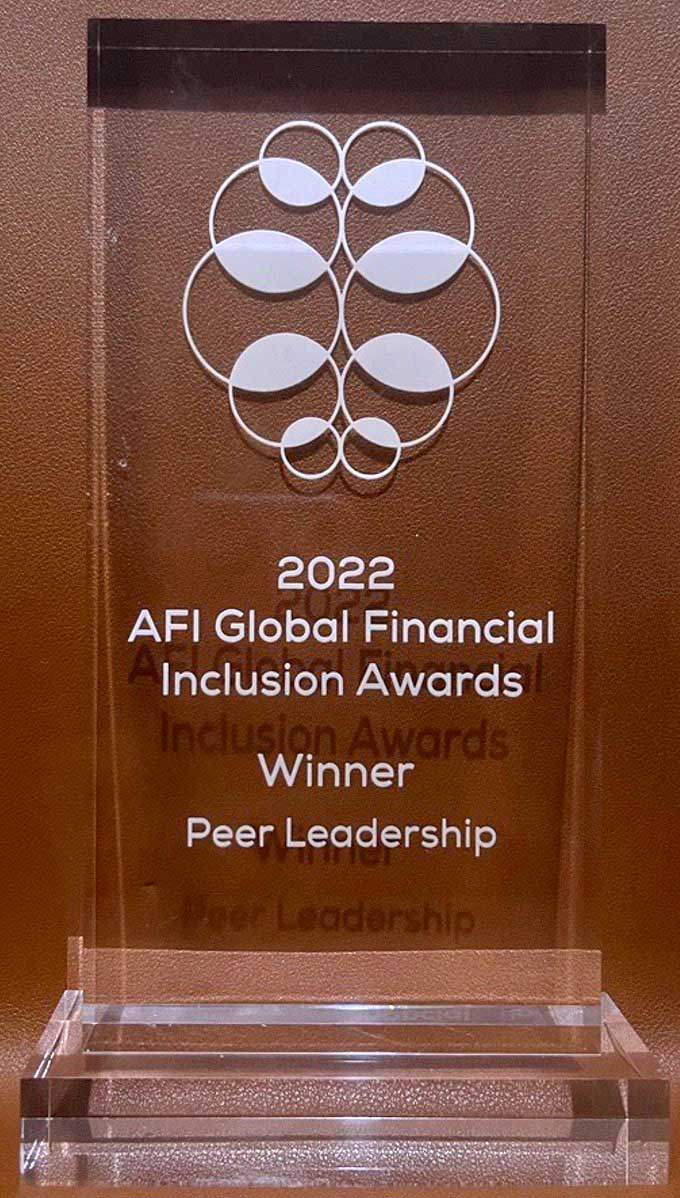 The Bangko Sentral ng Pilipinas (BSP) received the “Institutional Leadership Award” from the Alliance for Financial Inclusion (AFI) for advancing financial inclusion in the country.

AFI conferred the recognition during the 2022 AFI Global Policy Forum (GPF) held from 05 to 08 September at the Dead Sea, Jordan. The award is given to AFI members that lead, actively engage, and commit to financial inclusion goals of the AFI network.

“As we receive this award, the BSP looks forward to the further exchange of ideas and collaboration with our AFI partners.  We are also keen on sharing catalytic developments in the Philippines’ own financial inclusion journey,” said BSP Governor Felipe M. Medalla.

Based in Malaysia, the AFI is a global network of 82 members from 75 countries composed of central banks and regulatory financial institutions working toward the common objective of advancing financial inclusion at the country, regional, and international levels. The AFI was established in 2008 with the BSP as one of its founding members.

AFI also recognized the BSP as a “Gender Inclusive Finance Ambassador Institution” (GIF) because of its efforts to reduce the gender gap in financial inclusion. The citation is given to AFI members with strong GIF commitments.

The meeting tackled policy issues that were recommended by AFI Working Groups to be adopted as Financial Inclusion Policy Models for members.

During the turnover rites and ceremonial striking of the gong, AFI announced that BSP will host the next Global Policy Forum in 2023. “The ceremonial gong is not just a symbol of our country’s acceptance to host the 2023 GPF. It also amplifies the message to the world that financial inclusion is here to ensure that everyone will be able to use financial services appropriate to their respective needs and capacities, and consequently break the chain of poverty and income inequality,” said Deputy Governor Romulo-Puyat. In attendance was a representative of this year’s host, Deputy Governor Ziad Asa’ad Ghanma of the Central Bank of Jordan.

The GPF is an annual AFI flagship event held since 2009. It serves as a comprehensive forum for policymakers and regulators to share knowledge and initiatives on financial inclusion.