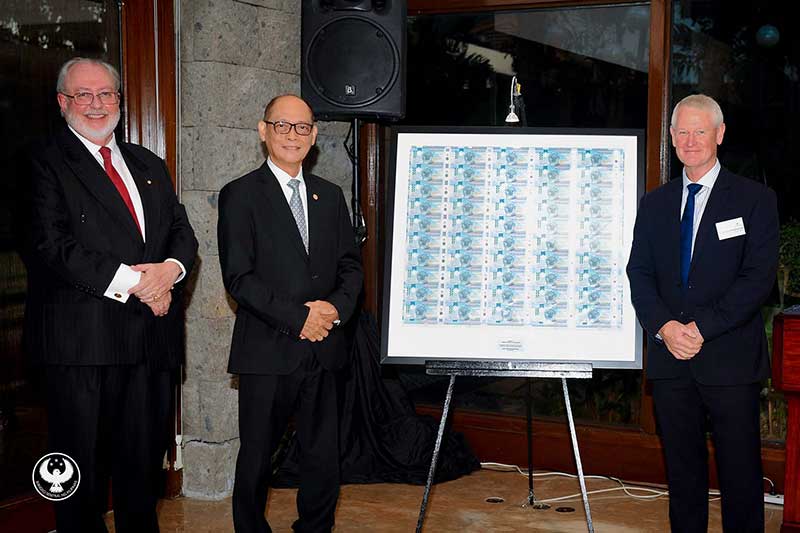 The Bangko Sentral ng Pilipinas (BSP) has partnered with Note Printing Australia (NPA), a subsidiary of the Australian central bank, in the initial roll-out of modern polymer banknotes.

The new polymer banknote is more durable and cost-effective because of its extended lifespan; more environmentally friendly because of its smaller carbon footprint and recyclability; and more hygienic and sanitary because of the shorter survival periods of viruses and bacteria on its surface. It also has advanced security features to further deter counterfeiting.