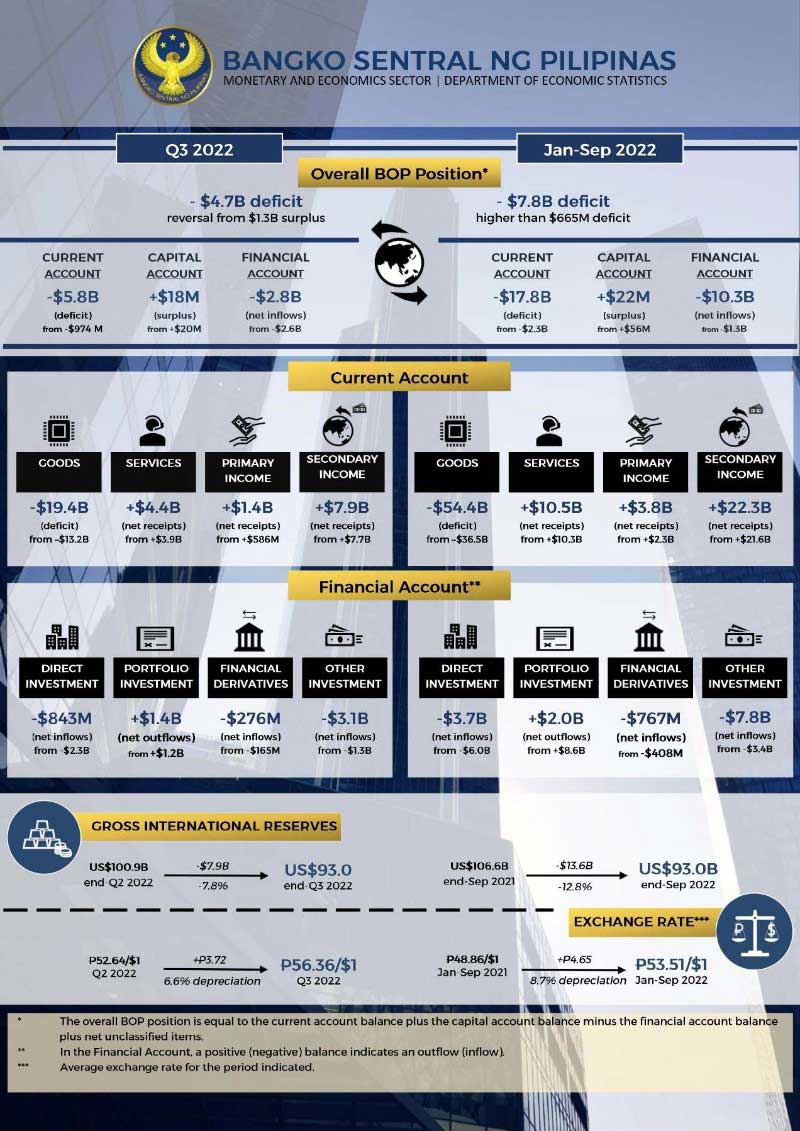 The country’s balance of payments (BOP) position registered a deficit of US$4.7 billion in Q3 2022, a reversal from the US$1.3 billion surplus in the same quarter last year.

This development was driven by the wider trade in goods deficit, which was partly muted by the increase in net receipts in the primary and secondary income, and trade in services accounts.

The BOP position posted a higher deficit of US$7.8 billion in the first nine months of 2022 from the US$665 million deficit recorded in the same period a year ago.