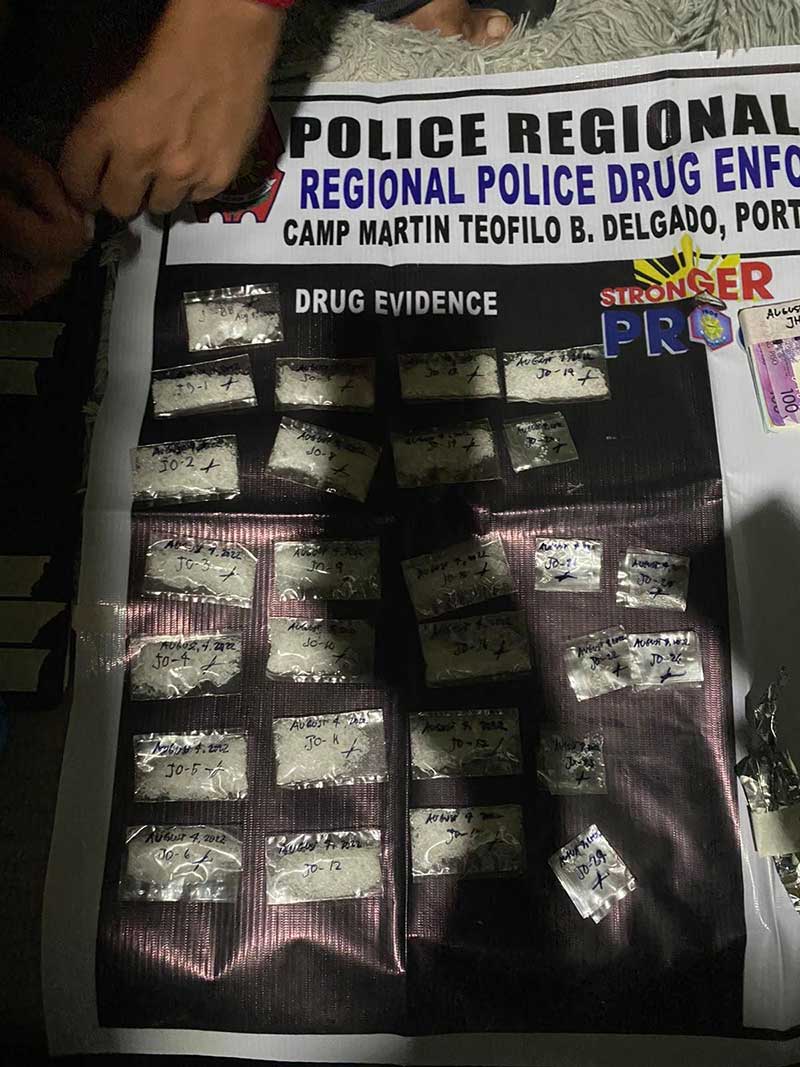 A freelance beautician was arrested in a police anti-narcotics operation early morning of Aug 4, 2022 in Jaro, Iloilo City.

Members of the Regional Police Drug Enforcement Unit 6 (RPDEU-6) and the Iloilo City Police Station 3 collared Hulipa after he allegedly sold a sachet of suspected shabu worth P12,000 to a police poseur buyer.

Recovered from Hulipa were 20 big and 7 small sachets of suspected shabu, the marked money, and several non-drug items.

Benitez said Hulipa is listed as a high-value individual (HVI) because of the volume of drugs on his possession.

The suspect could allegedly dispose 500 grams of shabu within a month.

Police operatives have yet to confirm if the suspect is also channeling his illegal transactions from the New Bilibid Prison or simply sourced his supply from Metro Manila.

Hulipa was placed under surveillance more than a month ago but it was believed that he’s been into the illegal drug trade for several months already.

“We received several tips about his activities from concerned citizens and previously-arrested drug suspects,” Benitez said.

Hulipa has no previous arrest and was not also subjected to Oplan Tokhang.

He is presently arrested and would be charged for violation of Republic Act 9165 (Comprehensive Dangerous Drugs Act of 2002).