London-based producer Barry Can’t Swim (real name Joshua Mainnie) returns with “Like The Old Days” – an infectious new single, out now on Ninja Tune imprint Technicolour. A highly personal and close-to-home track for Barry which marks the end of a hugely successful year for the ever-rising producer. Featuring his unique blend of jazz-influenced electronica, it brims with a sense of nostalgia and warmth. “It’s always been a family favourite – my mum’s racked up over 250 plays on the demo link,” Barry comments fondly.

Reflecting back to when his grandad bought him his first piano at 9 years old, to working in jazz clubs in Edinburgh and playing in his first indie/rock bands as a teenager, Barry’s final track of the year looks to the past but also at how far he’s come as an artist in recent years. “It always felt like a track close to home,” he comments. “Just gives off that air of nostalgia and good times and makes me think about my family and how much my life has changed the past year. My grandad is 90 years old now, and he gave me my first piano after he saw an advert in the paper for a piano that was ‘free to a good home’.

Then fast-forward to this year, I was able to have him up on stage beside me at FLY festival in our hometown Edinburgh, literally on the grounds where he used to play as a kid. That full circle is just mad, and so it only felt right to use this photo of me and him as the artwork.”

Barry’s recent EP ‘More Content’, released earlier this year, received widespread praise from the likes of DJ Mag, Mixmag, Clash, Dance Wax, 10 Magazine and Billboard who said “he creates music that makes summer more a state of mind than a season; the kind of sun-flecked, jazzy house music you don’t just hear, but feel.” His talents have not gone unnoticed, being a ‘One To Watch’ nominee by the AIM Awards and Scottish Alternative Music Awards 2021 nominee, Barry was also tipped as The Blessed Madonna’s ‘Ones To Watch for 22’ and Annie Mac’s ‘New Names for 2021’. 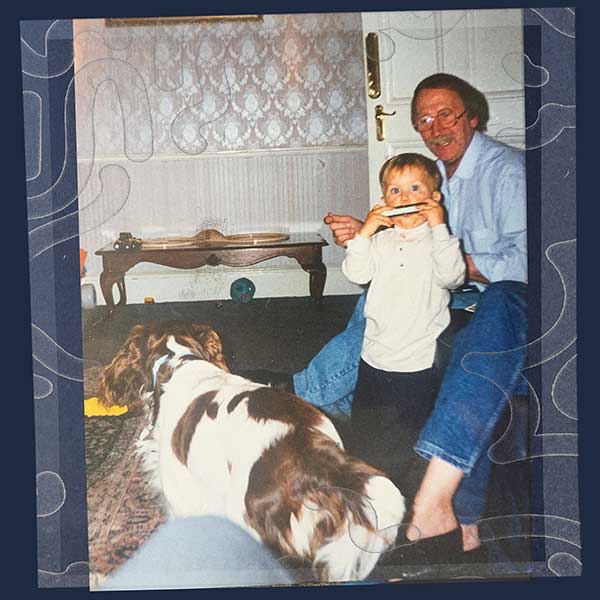